The fire that took the lives of three girls from the Adele dance group occurred at Camp Victoria. While adults were panicking and firefighters were searching for water, teenagers were rescuing half-asleep children from the blazing wooden buildings. 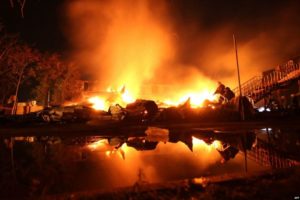 Maxim Tikhonchuk, 13, saved 15 children, if not more – there was no time to count. The boy was in the next building, and the speed of his reaction is something many adults should learn from.

“Maxim Tikhonchuk, 13 years old. The guy who carried the children out of five rooms at Camp Victoria. That’s 15 children’s lives!!!! Children who were asleep and didn’t suspect anything. He just went to school on Monday, with burnt hands. A humble, strong, kind man his parents and the whole country can be proud of!!!” 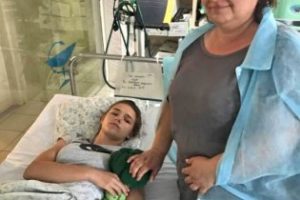 The police of Odessa Region have opened criminal proceedings over the fire under the article on violation of fire safety norms. According to law enforcers, two children were hospitalized. Two officials of the camp were suspected under an article of the Criminal Code of Ukraine “violation of fire safety requirements established by law, which resulted in the death of people”.

The boy was awarded the Life Saving Medal.