A look of contentment came over Kyle’s face as his grandmother, Ruth, went to bed at night. Since her cancer diagnosis, Kyle had been afraid to leave her alone. The doctor had said she had a year to live if she took good care of herself. And Kyle was doing his best to support her.

«Ting!» His phone rang, indicating that he had received a message. He sank into bed, staring at the ceiling for a moment. He closed his eyes and tried to sleep, but it didn’t work.

Finally, he checked the message. It was from his girlfriend, Clara.

«Hey, baby. How’s Grandma Ruth? I’ll be here this weekend. Want me to pick up something for her?» the message read.

«No, everything is fine. She’s fine. See you later,» he replied and put the phone on silent.

Once again alone with his thoughts, Kyle couldn’t help but remember how his life had taken a strange turn… 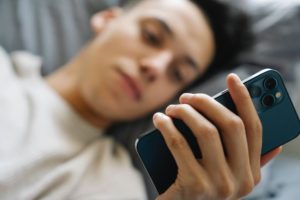 Kyle has always been an excellent student. Good in class, excellent in sports, and a very hard working teenager. His grandmother Ruth raised him since he was ten years old, after his parents died in a car accident, and she always taught Kyle to work hard, which he did.

In his classes, Kyle was always first and gave everything he had to see a smile of pride on Ruth’s face. But as time went on, a lot of things changed.

Shortly after Kyle got into his dream university on a scholarship, Ruth’s health began to decline. To say that Kyle spent countless hours for his admission would be an understatement. He poured his blood, sweat and tears into it. But he sacrificed everything to be at his grandmother’s side.

«Oh don’t be stupid, boy! I’m not going anywhere! Have you forgotten that I’m the iron lady who raised you?» said Ruth with a slight smile. «Live your life, Kyle. Don’t worry about me!» 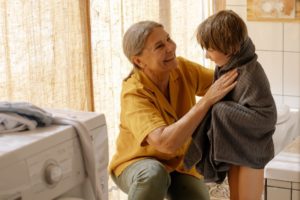 The doctor sighed.
«Could you excuse us for a moment, Mrs. Lester? I’d like to talk to Kyle privately,» he said.

Ruth reluctantly left the room, and that’s when the doctor gave Kyle the bad news.
«You see, Kyle, I’m not going to get your hopes up. At this point, there is little chance that the treatment will work. One year is all she has left. If I were you, I would try to make the most of these last few days.»

Kyle’s face was pale as he left the room, and Ruth quickly knew something was wrong.

«Send me to a nursing home if I become a problem!» she said firmly. «I don’t want my grandson to sacrifice his life for me! Did you hear that?» 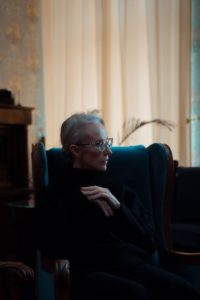 «I’m not talking about those expensive nursing homes. You know there are cheap ones too! Send me there! That’s it!» she said as if she hadn’t heard anything Kyle said.

Kyle cried and hugged her.

«I have the rest of my life to do what I want, Grandma. The doctor said one year is all you have left! I want to be there for you…until your last breath!»

In the end, Kyle sacrificed his dream college for Ruth, while his high school rival, Toby, who was always jealous of him, got a spot there. Toby wanted everything Kyle had. He even wanted Clara to date him, but luckily for Kyle, she was never interested in Toby.

Kyle fell asleep quickly that night and only woke up to the annoying sound of the alarm clock the next morning. He washed his face and decided to check on Ruth. Fortunately, she was sleeping peacefully, and he left her alone.

He made her breakfast and left a post-it note on the dining table.

«I’m off to work, Grandma. I’ll be home soon. I asked Mrs. Murphy to take care of you.»

After sacrificing his dreams and a business class, Kyle began working at a local hotel as a cleaner to earn a living. He had to support them, and it was the only job he could get without a degree. 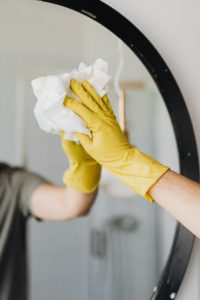 Kyle’s days consisted of working and coming home to Ruth, feeding her, making her bed and waiting for her to fall asleep. Then he’d watch something on Netflix and text Clara to ask how her college days were going. She and Toby were in the same college, and sometimes Kyle feared she would leave him for Toby.

But Clara would never love anyone the way she loves Kyle. She visited Ruth this weekend and spent time with Kyle. She promised him that she would try to visit Ruth more often.

Months went by. Kyle took great care of his grandmother until she passed away in her sleep. He made funeral arrangements and said goodbye to her.

«I’m going to miss you, Grandma,» he said through tears.

Little did he know that he would be standing by her grave, the proud owner of a five-star hotel, years later… 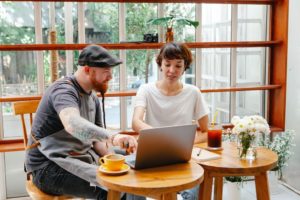 After Ruth’s death, her house was transferred to him. Kyle would never have considered turning it into a hotel if Clara hadn’t offered.

«I have a business degree, baby. We could use that. I think we should give it a shot. What do you think?»

Kyle found the idea interesting. He started working on it by doing repairs around the house on his own, but things weren’t going as planned. That’s when Clara’s dad helped him. He loaned Kyle the money to pay contractors and other services.

After two years of hard work, the hotel was finally ready. Business was slow at first, but eventually it flourished. Standing in the lobby of his five-star hotel, Kyle remembered Ruth’s smile fondly.

After decades of hard work, her and Clara’s efforts yielded amazing results, and Kyle — even without a business degree from his dream university — created a million-dollar business.

«Thank you, Grandma,» he said to Ruth each time he visited her grave. «Without your love, I wouldn’t be here.» 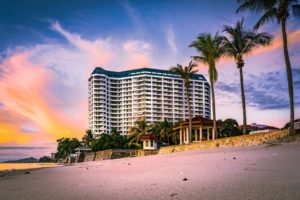