«I’ll miss you, Mommy,» Bobby said, tears in his eyes.

He couldn’t hold back the tears. But he wasn’t in pain just because of the passing of his mother, Janet.

He had no family left, and a social worker was waiting by his side. He feared she would take him into foster care. 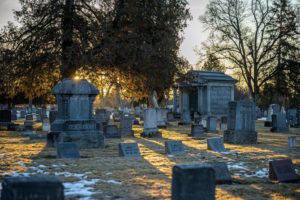 Bobby’s childhood used to be great. He had both of his parents, who obviously had money because he had everything he ever wanted.

Every outing they bought him a new toy, so he knew they were better off than others. However, his father left them, and Janet was left with nothing.

She had to start working hard and they went to live in a small apartment in a depreciated area of town.

The toys and fun outings were over, and all he could remember was his mother’s stress about money. Sometimes she couldn’t even buy him ice cream.

Bobby believed the stress had eventually killed her. Now, he was alone forever at age ten. Although his father was still alive, Bobby knew he wouldn’t come for him. No one would.

So, he kept crying about everything and hoped the social worker would never take him away.

«I’d be able to sleep forever in this cemetery if I could,» he thought.

Suddenly, a luxury car pulled into the street a few feet away, and Bobby was distracted from his misery because he knew it was an expensive car. 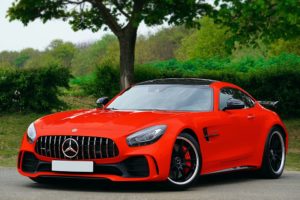 His father used to drive something similar, but he couldn’t remember it well. The person getting out of the car caught his attention. Then his mouth dropped open in shock.

«Mom! What? What? Mom?» he wondered desperately as he rounded the grave and walked toward the woman. She looked at him and walked faster. «It’s her! It’s her!».

«Bobby?» the woman said, excitedly, and the boy’s heart almost stopped. It was also the same voice he had grown up with. Had everyone lied to him about his mother’s death?

«Mom?» he asked when they were face to face. The woman’s eyes closed as her head lowered.

«No, honey. I’m not your mom. I’m your aunt Samantha,» she revealed, and Bobby frowned.

«I didn’t know Mom had a sister,» the boy mumbled, confused.

«Well, there’s a reason for that, and I can’t tell you everything now. But you’ll know when you’re older,» the woman said, thinking back. The boy was still too young to tell him about her feud with her sister. 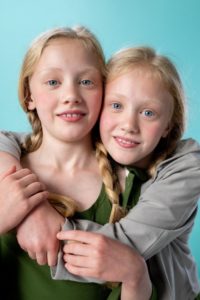 Janet and Samantha were twins and grew up in a wealthy family. But when their parents died, Janet did everything she could to keep all the inheritance and ran away to another city.

It was ironic that Janet’s husband then took all that money and ran away. Samantha was left with nothing after a life of privilege, but she managed to better herself.

She started a business after finishing college. She became a successful woman.

She often thought about calling Janet to brag about her situation, since she knew what her ex-husband had done. However, she found out about her sisters’ demise when Child Protective Services tracked her down to ask if she was ready to take Bobby in.

She would not tell the child any of this for now, as it was a difficult thing to process. But she had to take him. She couldn’t let him into the foster care system, no matter how horribly Janet had treated her. 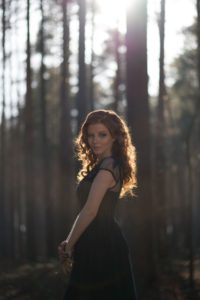 «I’m here to take you home with me, Bobby,» Samantha told him, and the boy smiled, but the tears began to well up again.

Even though she was a stranger, he ran into her arms. He never wanted to let go. The social worker talked to them for a while and then they left. The boy lived with Samantha until he graduated from high school and went to college.

Years later, he found out what had really happened with his mother and aunt. He learned that his mom had taken his grandparents’ inheritance, and his dad had stolen it from Janet.

So he decided to go to law school. He became a ruthless litigator, found his father and sued him for every penny he had. Bobby won. 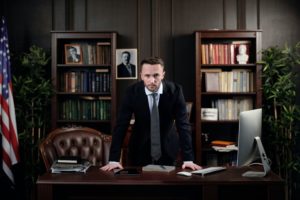 He gave half of the money to his aunt, and asked her forgiveness for what his mother had done. He then started his own law firm with the rest of his grandparents’ inheritance. In this, he fought for people who had been defrauded.