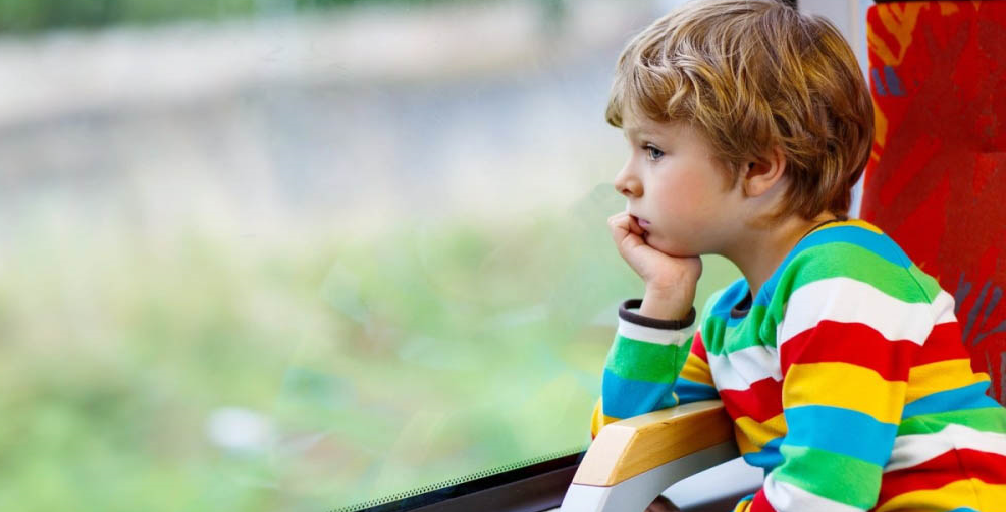 “Alex, get out of here, between us, it’s over. I repeat, I don’t love you anymore and I don’t want you in my house,” the woman screamed hysterically.

“Jane, think hard. If I leave, it will be for good. Do you really want that!” asked Alex angrily.

“Yes I do, and take your son. I don’t have time for Pete,” screamed the distraught woman.

“Jane, are you crazy? How can you talk about your baby like that and then where can I take him?” inquired her husband, realizing that Jane wasn’t kidding.

“You’re the one who wanted a son or don’t you remember? So take him with you, or I’ll give him to an orphanage, take your pick!”

When Pete heard the word orphanage, he squirmed into a lump and cried. His mother constantly frightened the boy with that dreadful institution, saying that they took naughty children there and punished them all the time, beat them and starved them until they behaved well. His parents had been fighting all the time. The boy did not understand what had happened to them, because they used to have a normal, friendly family.

His mother was strict, but Pete was used to being treated that way and thought it was normal for his mother to yell and nag at every little thing all the time.

He liked his dad better, probably because Alex never scolded his son and always defended him to his mother. Soon the screams subsided, and the boy fell into a restless sleep, in which he had nightmares, namely a terrible boarding school.

When he awoke in the morning, he rushed to his mother, wishing to tell her about the nightmare dream. Mom was crying and putting her son’s things into a large suitcase, Roma guessed that he was leaving, but didn’t know where.

“Mom, are you giving me away to an orphanage? – With horror in his eyes the boy asked. Please don’t, I will always listen to you and help you with everything,” pleaded Pete.

“Calm down!” muttered Jane. “You’ll go with Daddy to Grandma’s while you live there.”

Alex gathered his things silently, and he was frowning and angry.

The man took the suitcase, and silently walked out of the apartment. 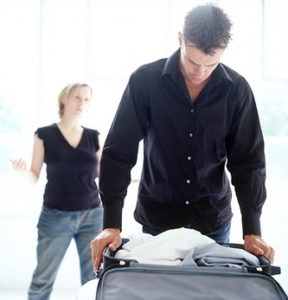 “Pete, may you be well, please don’t judge me. It’s just that family is not my thing. I’m sorry I realized it too late. Anyway, you’ll be better off with your father,” said the mother and kissed her son goodbye.

Pete and his father went to the train station, bought tickets and soon boarded the train. Alex explained to his son that it was a long ride, almost two days.

“Now Grandma will be glad we’re here. She saw you when you were a baby, just after you were born. She probably won’t recognize you now,” the man smiled, trying to lighten the tense situation and cheer his son up a little.

“Daddy, does Grandma love me?” the boy suddenly asked. He had never felt a mother’s love and suffered because of it.

“Of course she does, it’s just that she lives far away from us, so we don’t see each other very often,” his father explained.

Alex quickly became friends with his compartment neighbor. They played cards and drank all day, not paying much attention to Pete, the boy bored a little and went to bed. In the morning Pete woke up and saw the train standing at the station and his dad getting dressed.

“Daddy, are we there yet?” rejoiced the boy.

“No son, we still have almost twenty-four hours to go. I’m going to buy water and fresh rolls for breakfast. You get dressed, we’ll have tea soon,” Alex winked at his son and disappeared from sight.

Pete obediently got dressed, made his bed and waited for his father. The time passed, but his father was still absent. The boy began to worry and looked out the window. “Don’t worry, there’s a 30-minute stop, your daddy will make it,” said the man who rode in the compartment with them.

But Alex did not return, the train left without him. A frightened Pete cowered in a corner and began to cry quietly.

“Baby, you wait till you cry. Maybe your father ran into another carriage and will now come, we need to wait a little, and only then sound the alarm,” tried to reassure the fellow traveler, although he himself was visibly nervous.

About an hour passed, but Pete’s father did not come. The man called to the compartment conductor and told her that the passenger lagged behind the train, leaving the child. The woman clutched her head and ran to the head of the train. Soon a crowd gathered around Pete. The train manager asked the boy who they were going to and if anyone would be there to meet them, but Pete knew nothing and could not answer these questions.

“I think we should be contacted from the station where the man fell behind the train. We’ll wait,” said the man.

“And if he doesn’t contact us, what do we do,” the conductor asked fearfully.

“Don’t panic. If they don’t get in touch, we’ll give him to the police, they’ll find his parents quickly. You take Pete to your place and keep a good eye on him,” the stern man ordered.

Pete sat quietly in the compartment of the conductor, like a mouse. The boy was waiting for his father, hoping that the door would open and there would be his father. He understood how nervous his father was now, as well as Pete, but, unfortunately, the magic did not happen. The compartment door opened frequently, but Alex never appeared.

The next day Pete was picked up from the train by two policemen. They contacted the station master where his father was lost, who replied that no one had approached them about it. The same day the boy was sent to a reception center, and a few days later he ended up in the internat his mother had been scaring him about all his life.

Pete was very frightened and cried all the time, waiting to be punished.

“Pete, why are you crying? I understand that it’s not easy for you now, you’re lost, but it won’t be for long. I think your parents will find you soon and take you home. Calm down and go play with the children,” said the teacher.

“No, of course, what makes you think that?” wondered the woman. – “Run along and don’t be afraid of anything. If anyone hurts you, tell me at once, okay?”

“Yes well,” the boy rejoiced and went to the children.

And so began his life in the boarding school, which he dreamed about at night in nightmares. Pete eventually realized his mother wasn’t telling the truth. It wasn’t nice here, of course, but no one abused the children, either, as his mother terrified him. 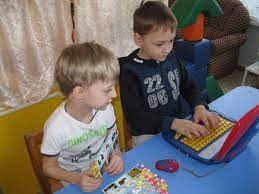 At first he looked out for his father every day, spending all his free time on the windowsill. Pete was sure that his father would surely come for him, that he was suffering the same separation as his son, searching day and night for Pete, but he could not find him yet, for the boy had been taken very far away.

The New Year was approaching, all the children wrote letters to Santa Claus. Pete also wrote, asking that his father be found as soon as possible. The boy suffered a lot because of the indifference of people around him. He wanted to be loved and pitied, but unfortunately, at the orphanage that was impossible. The caretakers looked at the children harshly and coldly, and the children themselves were on their own every day, and then the time came when Pete stopped waiting for his father.

A buddy explained to him that Pete had been abandoned, like many of the children who live here. At first the boy tried to prove that he was different, that his father loved him very much, but then he realized that this was not true, because two years had already passed and in that time it was possible to find his child.

Pete accepted his fate and began to live like many children. He became unsociable and taciturn. One day Pete was taken to the director of the orphanage. 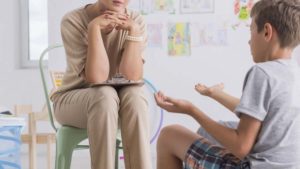 Pete was told that his grandmother had come to see him. He had never seen his grandmother, so he imagined her as a hunched over old woman with a stick, but when he saw a beautiful, smiling woman in front of him, he was very surprised, but he knew at once that it was his grandmother. She was very similar to his father.

They talked for a very long time, the grandmother said that she had come to get her grandson, she wanted to take him to her forever, but the boy did not trust this woman, because he did not know her at all. He was afraid she might change her mind and leave him somewhere on the train, too.

“Grandma, where is my daddy? He left me alone on the train on purpose?” Roma asked.

“No, he didn’t leave you on purpose. Circumstances just happened, son. It’s a long story, when you grow up, I’ll tell you everything,” promised the woman.

Two weeks later, after all the necessary paperwork, Roma and his grandmother were on their way home. Grandmother, as she promised, replaced the boy’s parents. She gave him all her love and care. Finally Roman felt that he was genuinely loved, cherished and never betrayed. As the years passed, Roman grew up and became a real handsome, kind and honest man.

When Pete grew up, he learned the truth about his father from his grandmother. It turns out that his father had been drinking all day that day, forgetting about his son. Then he got into a fight with some hooligans. He was arrested for 15 days. And after that he started drinking all the time, and then he ended up in jail. And that’s how he lives now.

“For years I wondered why my father did this to me. I kept trying to justify it, thinking that maybe he’d lost his memory and that’s why he didn’t remember me, but it turned out to be much simpler than that. He just cut me out of his life, just like he cut my mother out,” the boy said in a droopy voice.

“Don’t feel bad. You have me, and I have you, what else do we need to be happy?” smiled Granny.

“You’re right, thank you for taking me in, for surrounding me with care and love. For a long time I thought I didn’t need anyone. It is a very scary feeling when you are a child and realize that no one loves you at all. My parents were not allowed to have children. I saw a lot of unhappy kids like that in the orphanage. They were abandoned, just like me, like I was an unnecessary thing, but I was luckier, I have you. I love you very much, grandma, probably more than I ever loved my parents. Thank you,” Pete said as he hugged his grandmother.