The stubby fifth-grader Yaroslav is the most popular kid around today. The 11-year-old boy saved a one-year-old girl from certain death. “I was waiting for a friend in the yard,” says Yaroslav. “He was calling me home, but I didn’t want to go up, so I stayed near the entrance. Then I saw someone from the second floor scattering pieces of paper. I came closer – and there’s a little girl on the window sill. I think now will fall … And sure enough – she flew!” 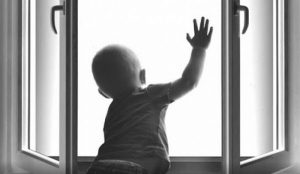 Yaroslav had fractions of a second to save the child. He realized there were concrete slabs all around. If the girl fell to the ground, she would be crushed. The boy jumped up, stretched out his arms, and – miracle! – the little girl fell right into his outstretched arms.

He fell on his knees and bruised his elbows, but continued to hold the girl tightly.

“She wasn’t hurt, but she started crying loudly,” the fifth-grader said. “I carried her to her parents, and they weren’t home.”

It turned out that the girl was alone in the apartment with her three-year-old brother. Alcoholic mother left her children unattended. 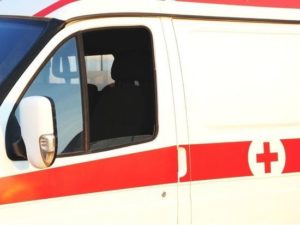 Yaroslav ran to his friend’s mother in the same entranceway with a sobbing child in his arms. The woman called an ambulance and the police. And while they were on their way, she tracked down the good-for-nothing mother. By the way, child custody authorities took away her children during the inspection will be deprived of parental rights.

“He came home crying,” the boy’s grandmother recalls. She is raising her grandson and his two sisters alone.

“To be honest, I didn’t even believe it – I thought he was making it up. He cried and cried, and ran out into the yard to play ball again. And an hour later a policeman came: the solemn announcement that my grandson – a hero!

As a reward grandmother bought Yaroslav a cake.

“If I have to, I’ll save someone again,” reasoned Yaroslav. “But I don’t want to work as a rescuer, I dream of becoming a programmer. I’ll save people from computer viruses.”