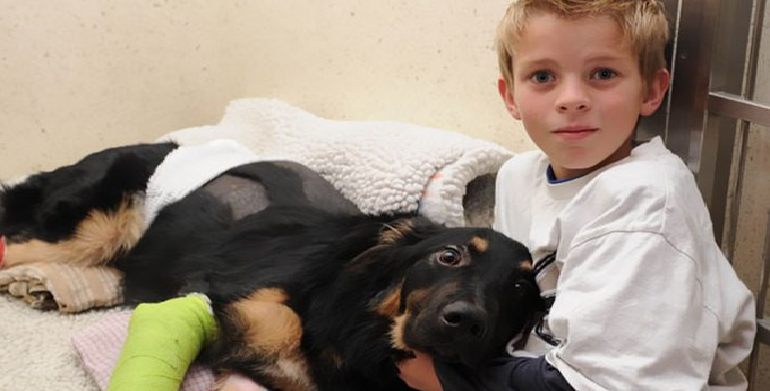 The family dog is being hailed as a hero after he saved the life of the family’s 10-year-old son. The Riley family was out for a walk with their dog, Geo, when a speeding pickup truck headed straight for Charlie Riley. Geo, an 8-month-old German Shepherd and collie mix, bravely steered Charlie out of harm’s way.

Carlie Riley and her three sons Charlie,10, Josh, seven, and Ben, four, were walking along Burrs Road in the town when the accident happened. 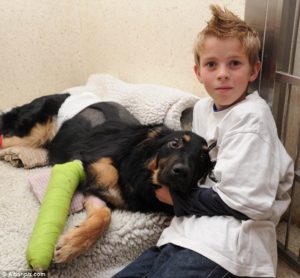 “We were about to cross the road when I suddenly saw a car going really fast,” said Charlie’s mom, Carly Riley.

“Then a pickup truck pulled into the curb, and the next thing I knew, Geo was pushing Charlie out of the way.” 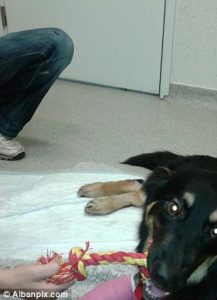 Geo was badly injured and is now recovering in the care of veterinarians. He sustained a fractured back and leg. He has had operations on both. Veterinarians believe he will make a full recovery. The Rileys hope that they will have Geo home again next week. The family is facing expensive vet bills, estimated around £8,000, for Geo’s care.

“It wasn’t a question of getting him put down, we want him fixed no matter what it costs. He’s family,” said Carly. 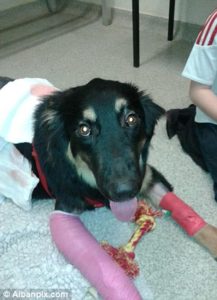 “I call him Geo the hero because he saved my life,” said Charlie, who misses his best friend and playmate. 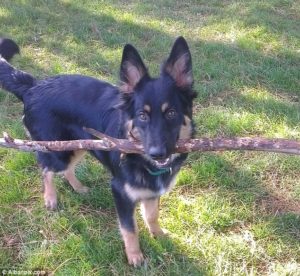