Massiah Browne, from Sacramento, California, was swimming with his family at their apartment complex, when he noticed that the toddler, who is a stranger to him, was lying with his mouth and eyes open at the bottom of the pool.

He quickly dove into the water and rescued the toddler — miraculously saving his life.

«I was just playing in the pool and then I saw a boy at the bottom of the pool. And I dived in after him,» the second-grader told Good Morning America. The second grader was in the pool with his relative Savannah, nine, at the time of the incident.

Massiah’s mom, Tiara Delvalle, quickly rushed to the pool from her nearby apartment after other relatives who were with the kids notified her of the scary instance. 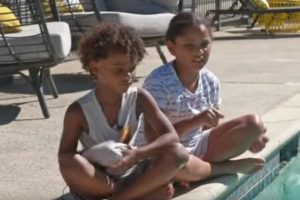 Massiah remembered seeing the toddler with his mouth and eyes wide open prior to diving into the six-feet deep pool and pulling him out from under the water by his arms.

Savannah then came to the rescue and helped pull the three-year-old boy to the pool deck before alerting adults, who called 911.

‘Savannah brought him to his mom and then they did CPR on the boy and then they called the doctor,’ Massiah told Good Morning America. Massiah’s dad, Marcus Browne is a championship boxer who competed in the 2012 Olympic Games, he said that he was shocked when he heard about his son’s heroic deed. “I just couldn’t believe it,» Browne said of his son, who according to ABC News also goes by his superhero nickname, «Siah Fire.» «He’s a good kid.» 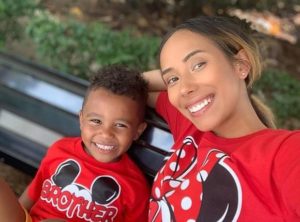 Massiah’s mother, Tiara Delvalle, said she was in contact with the toddler’s family, and the toddler survived the ordeal. Delvalle called it a ‘miracle.’

LIFE STORIES 0 27 views
Finding true love in this life is an indescribable feeling. It brings people together

LIFE STORIES 0 39 views
Joaquin was a very wealthy man, who was also known as one of the