Not all superheroes wear capes. Some wear coats of their own fur and walk on four paws. An old 17-year-old dog, deaf and blind in one eye, was also a real hero. And this was evident after he proved himself during the disappearance of a little girl. 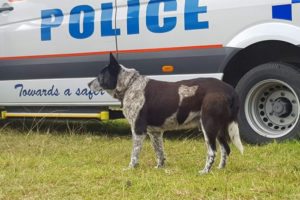 Just a few weeks ago, the residents of a small town in America were horrified. A three-year-old girl named Aurora was missing. She went out with her old dog, Max, and disappeared. 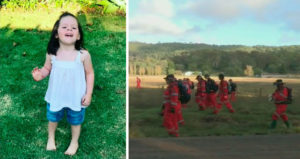 The police called in volunteers and began a combing of the area in search of the little girl. The search lasted 15 hours. All night long parents, relatives, police officers and all concerned people searched for the missing girl in the woods surrounding the town. 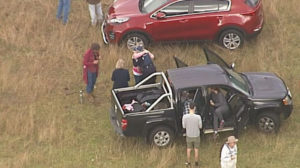 Already in the morning Aurora’s grandmother came out to the top of the mountain and suddenly saw Max. He wagged his tail, recognizing her grandmother by her scent, and confidently led her straight to the place where little Aurora was hiding.

As it turned out, the little girl had decided to take a walk around the neighborhood. But at some point she realized she didn’t know where she was and went off in the opposite direction from the town. As a result, the girl got scared and tried to hide so that no one would find her. All this time, Max did not leave the little girl. And at night he cuddled up with her, keeping her warm. 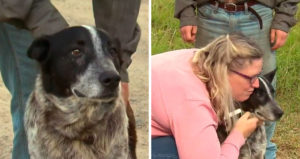 “He wouldn’t leave her, afraid to leave her alone for long. Aurora smelled all doggy, as she slept with Max in a cuddle during a cold, rainy night.”

Fortunately, Aurora was fine when they found her. There were only a couple of scratches from branches.

It must be said that the dog’s loyalty and devotion truly delighted the police officers. Max was too old to bring the girl home on his own. But he did everything in his power to take care of her and bring help to her. The dog was awarded a special medal and yummy treats. 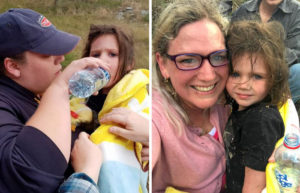