Jose was a 30-year-old homeless man begging on the street, but he could become a rich man in the blink of an eye.

In a corner of his ragged old bag was a small box containing an antique ring with a diamond the size of an almond. It was his ticket to a life of luxury. A ticket he had sworn never to cash in. 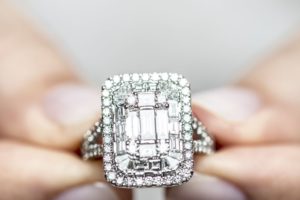 The magnificent jewel was a family heirloom, as he learned from his father early in his childhood.

Joseph’s father was a knife sharpener who had lived a life of great hardship. A son of war who supported what little he could for his wife and child through honest work.

The man used to secretly refer to the «ring» in conversations with his wife, but did not reveal the real story behind it to Joseph until he turned 18.

«Why can’t we sell that thing? It would get us out of this miserable life once and for all. It’s like we choose to be poor,» Jose angrily told his elderly widowed father.

«This is not just any ring, José!» his father replied bluntly. «It was given to my grandfather by one of the richest families of his time, when he saved one of his daughters from drowning. It was the ring that my grandmother kept after his death and passed on to her son before she died,» recounted José’s father.

The story filled José with momentary pride, but it all faded when he became a teenager and had to go back out on the streets, sharpening knives under the scorching sun.

«Someday I’m going to convince my father to sell the ring. Or trick him, if I have to,» he thought.

But his father knew him well, so he kept the jewel hidden until he was on his deathbed. 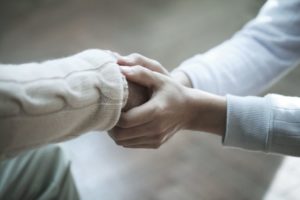 «Son, I know I haven’t been the best father. I’m sure a part of you will want to take that ring to the pawn shop on the day I die. It’s a hard life I’ve put you through. But it’s also an honest life,» he said.

«Remember: this ring is the only thing that will be left of your family when I’m gone.»

«And don’t forget that this ring was received as a blessing for an act of kindness. It is up to you not to let it go in an act of greed. I trust you, son; I know you will do the right thing,» he concluded.

After his father’s death, Joseph’s world quickly crumbled. The banks took over the house and no one needed knife sharpeners anymore.

In a few weeks, Jose was on the street, doing odd jobs and begging. All this while the ring was hidden in a corner of his purse.

Years passed, but Jose never thought of selling the jewel again. He had promised his dying father that he would not, and that meant everything to him.

Until that cold winter day when he met a kind woman who handed him a sandwich and wouldn’t stop crying. 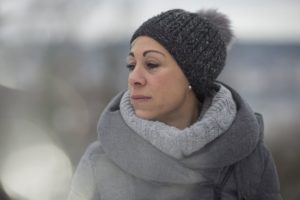 «What’s wrong with you, miss?», Jose frowned with concern as he ate the roll the lady had just given him.

«I can’t make sense of this life anymore. My daughter, my little Anya,» she said, dropping to her knees on the pavement.

The woman was inconsolable, and there was nothing Jose could do except stroke her back to soothe her.

After a few minutes, Jose learned the woman’s heartbreaking story. Her name was Natalia and, until a few months ago, she had led a happy life with her husband, Esteban, and their daughter Anya.

But when Anya suddenly started fainting every day at school, her perfect world began to crumble.

«The doctors did test after test on her, and finally they were able to detect a rare tumor. Most of the doctors felt it was too risky to operate on it, and the few who are skilled enough to do it… want to charge fees I dare not even dream of!» recounted Natalia, covering her face with the palms of her hands.

She also revealed how Esteban had finally had enough of all the difficulties and had left, never to return. The helpless mother was alone, clinging to her last hopes and praying to all the known gods to spare her innocent daughter’s life.

«There is no goodness left in this world,» she said bitterly, wiping tears from her face. She stood up, thanked Joseph and turned to leave.

«Wait!» he said in a moment of epiphany.

«Don’t give up hope yet. There is something I could do to help you and Anya,» he assured calmly. 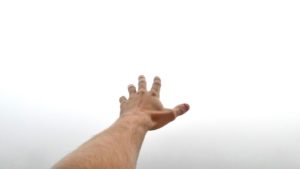 Natalia wasn’t sure how a homeless beggar could help her, but she was willing to accept any possibility of a miracle for her daughter.

The next day, she was praying at the local church when she received a shocking call from the hospital.

» Mrs., your daughter’s operation has been paid for this morning. The specialist surgeon will be coming this afternoon from Switzerland to perform the operation. Please come down immediately.»

Natalia would never have guessed that her daughter’s savior was the homeless man she had met the day before. But when he explained that he had «some inheritance money» that would cover Anya’s treatment, she hugged him with all her might. 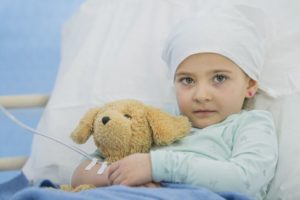 After months, Natalia finally had a lot of good feelings that night. A mixture of relief, joy and another strange affection for the man who was bonding with her daughter.

Jose looked into Natalia’s misty eyes and felt it too.

Anya’s recovery was slow but steady. For the next two months, Jose spent every evening with the little girl, reading her stories and bringing her small gifts.

And every night, Jose and Natalia grew a little closer, eating hearty meals of Jose’s favorite lasagna and listening to Natalia’s favorite blues playlist. Day by day, they began to open their hearts a little more to each other, falling a little more in love.

By the time Anya was discharged, Jose had become a member of their family. Eventually, he moved in with them, set up a small business, and two years later, he and Natalia were married in a quiet ceremony at the local church.

After the marriage, Natalia learned the story of the ring Jose had treasured for years and sold for Anya’s treatment in the blink of an eye.

«Don’t you ever regret it, breaking your promise to your father?» she asked him one night, grabbing his hand.

«No, I don’t regret it. I had to go against my word and sell the ring. Mind you, I didn’t sell it out of greed, but out of kindness. I’m sure my father would have approved,» he replied with tears in his eyes. «And besides, I only lost the ring, but look what I found: a loving family!». 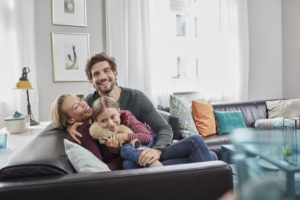