Acts of kindness never go unnoticed, whether it is a greeting, a warm smile or our presence in someone’s life. Parents try to instill values in their little ones, hoping to see them grow into responsible, empathetic people.

But sometimes, a youngster’s exemplary behavior can leave adults amazed and incredibly proud. That’s what happened in the story we bring you today. Carson Neal lives with his parents in Fresno, California, USA. His father, Cortney, describes him as a typical little boy who enjoys eating ice cream and loves to get surprises.

Like many children his age, Carson always wants to have fun and go outdoors with his friends and family. On August 2, 2022, the four-year-old was out and about with his 15-year-old babysitter and seven-year-old brother.

The three were having a fantastic time together when something interrupted their walk. Cortney explained that a dog in their neighborhood got loose and attacked his young son.

Cortney said his son had frozen in his position and could not run or move because he was afraid of dogs. The dog attack was extremely brutal and inflicted severe injuries to the boy’s head, face, shoulder, back and arm.

According to the Neal family, their son has undergone two surgeries so far and is recovering in the ICU. Cortney said his son was incredibly strong and brave.

“I haven’t seen a tear come out of his eye. I think we’ve cried more than he has,” he expressed. 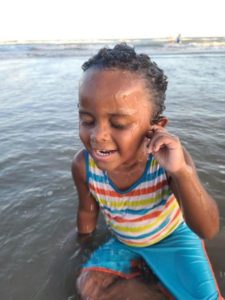 Fortunately, the nanny chose to stay with the boy instead of running away. According to the Neals, she defended him during the attack and bravely grabbed the canine by the collar as he called for help.

Courtney shared that had it not been for the brave teen, things could have turned out completely different.

“She tried valiantly to fight the dog. She never gave it up. We couldn’t have asked for anything more than what she did.” 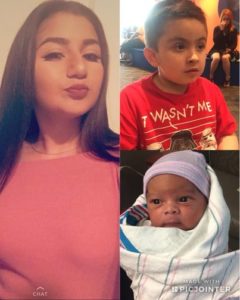 GRATEFUL FOR THE SUPPORT

Little Carson continues to receive treatment in the hospital, and his family and friends are hoping for his speedy and full recovery. A GoFundMe fundraiser has been set up to help the Neal family cover their son’s medical expenses.

As of August 8, $3360 of the $5000 goal has been raised and more donations continue to come in for the boy. According to Carson’s parents, the owner finally showed up and took the dog away from the boy.

The dog’s owner apologized to Carson’s parents for the distressing incident.

According to Cortney, the toddler seems to be in good spirits and is on the road to recovery.

The boy’s mother thanked everyone who called, sent gifts and touching messages, and inquired about her son’s health. Castillo also recounted a moment from Carson’s summer camp:

“When I would pick him up from summer camp, he would say, ‘Mommy, I was good today, can I get a surprise?'” 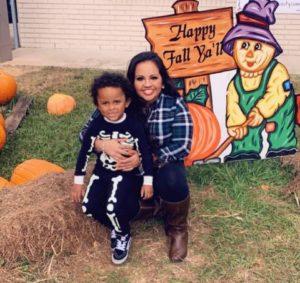 We send our heartfelt prayers, love and warm wishes to Carson’s family, and hope that this brave little guy gets well soon.

LIFE STORIES 0 118 views
“You won’t. You don’t have the guts,” Joel’s friend Oliver laughed, and the young