Ryan was a lazy 13-year-old boy who spent his days playing video games. At home, his parents did all his homework for him and even helped him get ready for school.

His father became concerned when he noticed how spoiled his son was and how useless he was becoming, so he decided to change things. 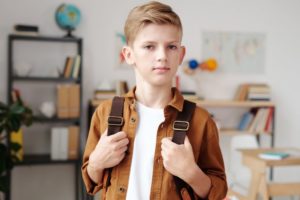 One day, the boy was late for school. He had been distracted playing with his console, while the housekeeper helped him pack his school bag and lunch. He was sure his father would have him there in his fancy van in no time. But he was wrong.

“Dad, I’m ready. Let’s go!” he shouted, grabbing his backpack and the bag with his snack from the table.

Ryan’s father, Alex, used to drop him off at school, even though it was only a 6-minute walk from their home. For the teenager, the strenuous walk was the equivalent of 100 kilometers.

The youngster settled into the passenger seat and kept himself busy playing games on the phone. When he least expected it, his father asked him to get out of the car and walk to school.

“What, are you kidding me? I can’t carry this heavy backpack on foot to school. Please, you drive me,” he complained. “Everyone will make fun of me. Those who have fancy cars like ours don’t walk to school. I’m not ready to do that. Dad, come on, take me,” he begged.

But Alex didn’t relent. Instead, he helped him put on his backpack and said goodbye before setting off on a long business trip.

“You’re a big boy now, Ryan. Stop whining and walk. Get used to it. See you later!” he told him, and walked away. 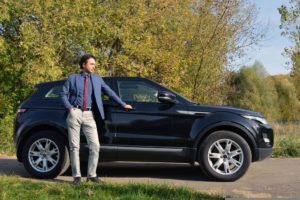 The boy looked down the long road and felt overwhelmed. He was afraid of the many taunts he would hear from his classmates. He loved to show off his father’s expensive vehicle, and walking to school seemed like an insult to him. He began to cry in anger.

“Hey, look, the rich kid! Why is he walking? Where’s his dad’s truck today?” he heard one boy on a bicycle say to another.

“He’s a crybaby! Look at him! I bet his dad punished him for getting those bad grades!” the other scoffed.

Ryan wanted to run back home. He was terribly embarrassed, but he kept walking. He was panting by the time he reached the school gate.

He walked into his classroom and plopped down in his chair. He was exhausted. He was not used to walking, not even for a few minutes. He was a very sedentary boy.

Meanwhile, a boy named Miguel entered the classroom in a wheelchair. Although he was new, everyone greeted him warmly, much to Ryan’s frustration. 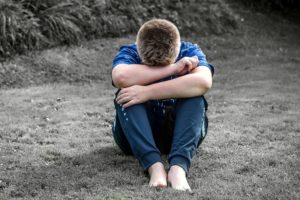 He had never been able to make friends at that school. Everyone found him too proud and overbearing. Seeing how they welcomed the new kid only made his morning worse.

The next day, Ryan had a tantrum at home and complained about having to walk to school. He insisted his mother drive him, but that wasn’t in Alex’s plan. He had forbidden everyone to take him until he learned to behave and stop being lazy.

So for the next few days, the boy had no choice but to walk to school. One day, just as he was leaving the house grumbling, he saw Miguel alone on the road, pushing his wheelchair. Curious, he approached him.

Miguel was new to the neighborhood and lived a few blocks from Ryan’s house. He had recently moved in with his grandparents after he lost the ability to walk in a car accident in which his parents had been killed.

“Why are you going by yourself, don’t you get tired? You can take the school bus…. I’m sure they take kids like you!”, Ryan told him, not realizing that his words might hurt Miguel’s feelings. 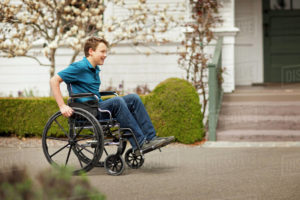 But instead of getting angry, his classmate stopped and turned to him.

“Because that’s how I train! I don’t depend on anyone to do things for me. I do everything on my own,” he said.

Ryan looked at him in surprise and unable to understand what he was hearing.

“Train for what?” he asked him.

“Before my father died, he took me by the hand and told me that I should be strong and not get discouraged, because no one will defend me, except myself,” Miguel revealed.

“So I promised him that someday I would be a good boxer and win a competition. I told him that I would never let anyone hurt me, emotionally or physically.”

“I train hard every day at home and also at the rehabilitation center for people like me. I can’t walk, but that doesn’t make me weak. I just have to try a little harder.”

Hearing Miguel’s words, Ryan began to question himself. He reflected on the careless attitude he had had all his life and felt guilty. After the revealing encounter, he decided it was time to change his ways. 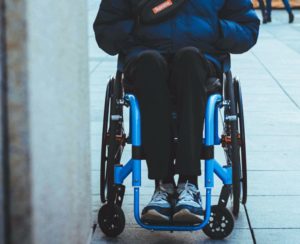 “But why would you want to do that? And why have you been walking to school lately? Doesn’t your dad have a car?” wanted to know Miguel.

“Yes, he does, but he’s sick of driving me. Up until now I’ve been too lazy and taken things for granted. Today you made me realize how we can overcome even the biggest obstacles with determination and willpower. I want to train with you after school, will you take me with you?”.

From that day on, the two were inseparable and became best friends. Ryan stopped wasting time with video games, started fending for himself and stopped bragging about his wealth. He was never heard complaining about anything again.

Ryan’s parents were surprised by their son’s change. They learned that Miguel was responsible and in gratitude they offered him a scholarship. 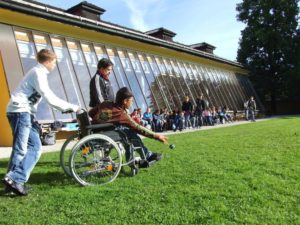