What would you do for the sake of a family member? Many people would go to the ends of the earth to make their loved ones happy, but unfortunately this is not the case for everyone.

Often, children experience pain when those who are meant to protect them, their moms and dads, don’t live up to expectations. One little girl thought she would not be able to attend her school’s father-daughter dance. But, luckily, she had someone to look out for her.

When 6-year-old Noor was sad that she couldn’t attend the “father-daughter” dance at her preschool, her older brother Mohmmad, 17, decided to treat his younger sister to the best night of her life. Mohammad Hasher, from Michigan, USA, and his younger sister, Noor, experienced difficult times following their parents’ divorce. Their mother, Sadia Karamat, saw the devastating impact of the separation on her family.

Not only did they have emotional problems, but her family was left homeless and had to move out of state. Life was not easy, but they were glad to be together. Hasher said:

“It has all been very hard for us, but we are grateful for how close it has brought us to each other.”

Karamat stated that she had not heard from the children’s father since the divorce. He was no longer in contact with his family for legal reasons. Mohammad added, “We were kind of abandoned.”

His younger sister did not talk about their father or the separation, but it affected her. Hasher revealed that Noor started having behavioral and academic problems. Losing contact with his father was heartbreaking, but Mohammad said there was a silver lining.

The emotional ordeal brought him closer to his sister. He expressed:

“We have to depend on each other…. I don’t have a father either, but I am older and wiser, and I stepped in because Noor needs someone to take care of her.” 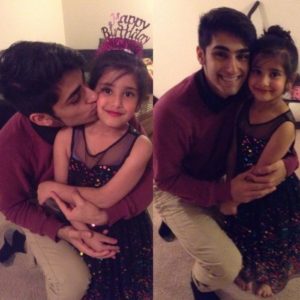 SOMETHING WAS BOTHERING HIS SISTER

In 2017, Hasher saw her sister sitting on the couch in her pajamas. He immediately realized that something was wrong: she was wearing a shiny black dress.

The older brother also noticed that Noor was sad and was looking at the floor. He explained:

“I said to her, ‘Noor, what the hell are you doing? ‘ She told me about the father-daughter dance and said, ‘I can’t go, but I wanted to dress up anyway.”

Mohammad was devastated that his sister couldn’t go to the school dance. He wanted to give her a chance to have fun with her friends, so he offered to take her to the event, assuming the role of her absent father.

Hasher noted that it was a decision he didn’t need to think about. Right away he knew he wanted to be there for his sister. He said:

“I took her because I didn’t want her to be the one going to school that Monday and having to tell her teacher she couldn’t go because she doesn’t have a father.” 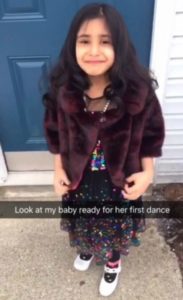 MADE A PROMISE TO HER SISTER

Noor’s face lit up and she was beaming with excitement. It was an honor for Mohammad to attend the ball with his sister, and he was happy to have provided some joy in the girl’s life.

“As a family, we have been through a lot, so she deserves to enjoy herself.”

He believed that Noor should have a carefree childhood, full of laughter and fun, so that’s what he promised to give her.

Despite his father’s absence, Hasher made a special vow to his sister. He said:

“I will always be there for you.”

THE DANCE MADE AN IMPACT ON THE YOUNG MAN

The siblings danced the night away, ate lots of sweets and made memories that will last a lifetime. Hasher was even voted “best dad” of the event and learned a valuable lesson. He expressed:

“To me the dance meant a lot. It kind of made me realize how important it was to be there for her.”

Karamat was incredibly proud of her son and called him “a good big brother.” 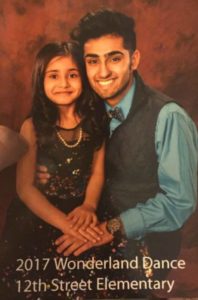 In the tweet, Hasher told users about her dad’s abandonment. He revealed that he selflessly filled the void of his sister’s father figure. The gesture made many people emotional. One commenter wrote:

“Oh my gosh. This is so beautiful. In a world of selfish people, it’s nice to know there are some amazing souls like you.”

Another added: “Thank you so much for doing this. As a girl who had brothers who stepped up and did the same, I know you have saved their world.” Mohammad proved that leaning on our loved ones in times of despair can be uplifting. 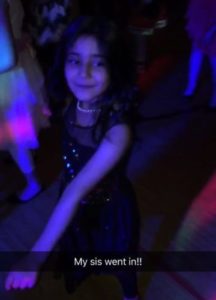 The child was fortunate to have a loving and attentive older brother. He acted as a father figure and gave her the attention she deserved. His selflessness made her day and proved that love is all people need, regardless of who it comes from. 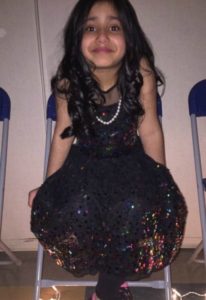