A video in which a pet cat saves a baby from falling down the stairs is gaining popularity on the web. The video was published by one of the users of Twitter.

The incident occurred in the capital of Colombia, Bogota. 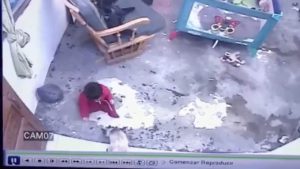 The baby, wearing a red bodysuit, makes his way past a cot and a rocking chair, while the cat keeps an eye on him.

As Samuel continues to crawl across the living room, Gatubela moves closer to the edge of the sofa.

When the one-year-old gets moves towards the edge of the room, the cat suddenly launches himself from his seat, trying to pull Samuel away from the steep stairs. 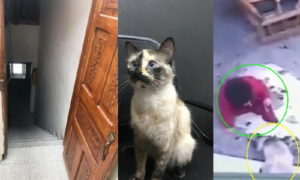 The animal wraps its front paws across the toddler’s body, forcing him to move backwards.

“The cat has been part of our family practically since birth, we had her here when she was a month and a few days old, and she has become familiar with my children,” said the father of the rescued toddler, Jesid Leon. 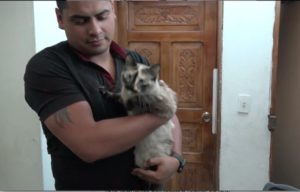 Diana Lorena Álvarez, the child’s mother, checked the home’s CCTV footage to figure out how her son had got out of his crib.

When she watched the footage, however, she discovered the cat’s heroic rescue and realised Gatubela saved her son’s life.

She said: “I arrived very early in the morning at my company and my son was still sleeping, for that reason I put him in his crib.” 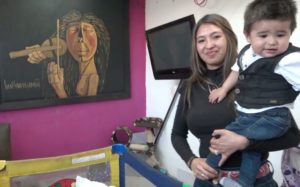 “If it had not been for the cat my son would have rolled down the stairs. Watching the footage, I felt really surprised and lucky.”

Businessman finds poor girl’s letter to Santa and decides to grant her Christmas wish
Sergio parked his car near a bank branch. It was already late afternoon, but
LIFE STORIES 0 39