Angelo Mastropietro has been dubbed the “caveman” by journalists. The man realized his long-time dream and escaped from civilization, settling in a cave, which is estimated to be 250 million years old!

Angelo used to be the head of an Australian recruitment company. But he decided to leave all the stresses of the job behind and “go underground” in Worcestershire. One day the doctor told Angelo about his terrible diagnosis – multiple sclerosis. At first, the man was confused and frightened. But when he came to his senses, he said to himself:

“I want to live in a place where I will have a healthier and happier life.”

The father of two had shoveled about 80 tons of stone before he managed to make his childhood dream come true! 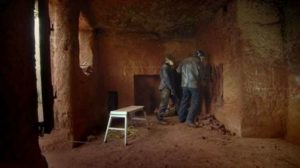 Angelo Mastropietro grew up in Worcestershire, so he knew about the cave from his childhood. It was formerly used as a living quarters, but has been abandoned since the 1940s. 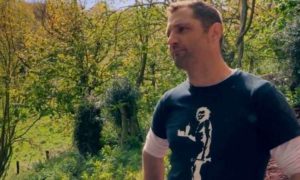 Then the man bought the oldest rock dwelling preserved in Europe until the 20th century. He had to give a little more than £62,000. And then the man began the arduous and expensive work of planning the cave. It took Angelo 1000 hours to complete the cave!

This is Angelo’s bedroom, the quietest and coziest place in the house! 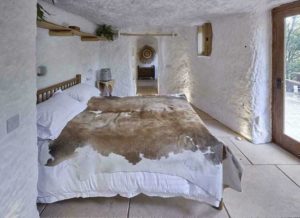 And this is the living room. 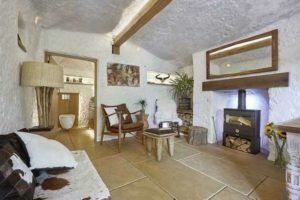 The dining room, where Angelo and his children eat. All the walls in the house are white. 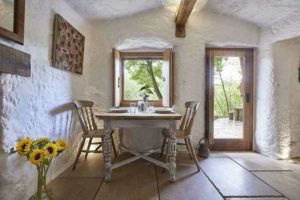 And this picture shows the owner of the cave sitting in the bathtub. It was soon converted to a shower room because Angelo would not be able to heat enough water to fill it. 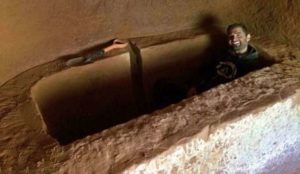 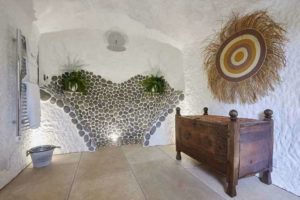 Angelo Mastropietro designed the kitchen himself. It looks simply luxurious! 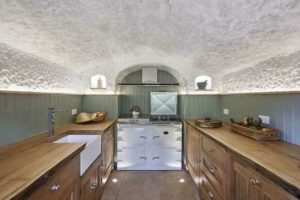 The exterior of Angelo’s dwelling is still reminiscent of the history of the cave. Although the entire house is finished with modern materials. 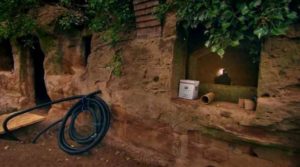 Angelo brought water into the house from his own 80-meter deep well.

After the journalists learned about the “caveman,” they came to visit him with cameras. The host showed them his hospitality and gave a short interview:

“I like such challenges. My last name means ‘master of stones,’ so it’s probably my vocation. Without a shadow of a doubt, I can say that I did it with as much passion as I used to put into my company. I’m proud and happy. It’s really been a creative challenge.” 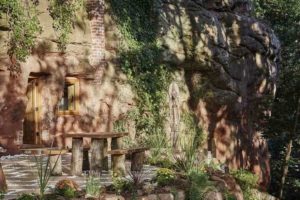 Desiring to escape from the noisy and nervous city in search of mental and physical health, Angelo nevertheless did not give up the comfort and charms of civilization. His house has sewage, electricity, and the Internet.

But, as Angelo himself says:

“For all the comforts of home, it retains a certain charm of a cave.”