It was an ordinary Monday morning. A bus full of radiant children drove to school with Connor and Seamus Collins. The bus was driven by 77-year-old Arthur McDougal. Suddenly he fell to the floor of the bus.

“I didn’t see him fall. But I heard a rumble from his fall. And then the bus started swerving to the right into the ditch,” Connor recalled. 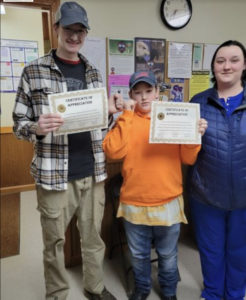 Connor knew at once that he had to act. Otherwise, a bus full of students could have had an accident. Connor knew that no matter what happened, he had to stop the bus.

“I jumped up, hit the brake, and yelled to my little brother to call 911.”

After the bus driver passed out, Seamus said he needed his classmates to stay calm and sit in their seats. 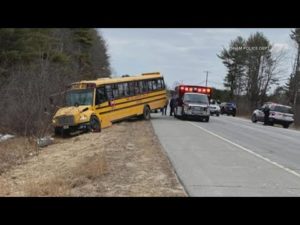 “I tried to reassure everybody. I told them everything was going to be okay and the police were on their way. I hugged one of the students because he was crying.”

Thanks to the courageous efforts of these two young guys, they were able to save the lives of everyone on the bus. Had it not been for the smarts and actions of these two brothers, the bus could have swerved off the road and fallen into a ravine. Or it could have collided with another vehicle in the oncoming lane.