A man hoped to start a family with his beloved wife, but the journey did not unfold as he had always dreamed. He became a single father after his beloved passed away.

Charlie Whitmer met Kathryn, in 2013, and a few years later, they married. The couple had a fairytale love story and were thrilled to grow their family. Kathryn’s pregnancy started smoothly in 2018, but everything changed when she was 27 weeks pregnant. She had a headache that was making her dizzy and ended up in the hospital.

Doctors provided medication to the mother and hoped the babies would have more time to develop. However, Kathryn went into labor a few days later and gave birth to triplets Bobby, J.P. and Arden.

HIS WHOLE FAMILY WAS IN THE ICU

“I went back to the waiting room and thought, what the hell is going on? My whole family is in the ICU. All four of them could die,” he said. 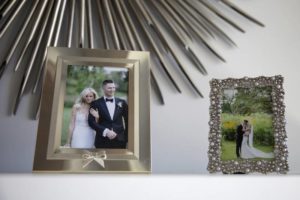 Whitmer sat beside his brother and wept. He decided he could survive the whole ordeal, but only if his wife was alive. Things began to look up when she awoke after a few hours of anesthesia.

While she was unconscious, Charlie was allowed to bring her premature babies to see their mother.

During the little ones’ only visit, something inexplicable and miraculous happened. Tears streamed down Kathryn’s cheeks even though she was unconscious. 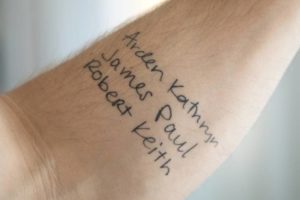 Dr. Kim stated, “I can’t explain it medically. But being unconscious doesn’t mean she doesn’t feel the babies’ presence.”

On June 8, 2018, Kathryn passed away from what doctors believed were complications related to a stroke

Charlie was forced to start his life without the company of his beloved wife. He saw firsthand how fragile life is.

“You have to find hope. All of this happened for a reason. It’s my job to find the reason,” he commented.

Fortunately, Charlie’s family and friends stepped in to help the single father. They supported him through the painful loss. The man quit working as an options trader and devoted all his time to the triplets. It wasn’t the life he imagined, but all his dreams changed when Kathryn passed away.

He was glad that his babies were doing well despite the odds. He also decided to have more purpose in his life. He thanked his late wife for opening his eyes to that. He knew she always lived life to the fullest, and he wanted to do the same in her honor.

“Kathryn invested time in her friends and family. She had figured out the important things in life. I still have a lot to figure out,” he said. 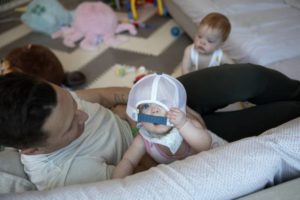 Charlie knew he didn’t want to be alone for the rest of his life and was open to meeting someone. It wasn’t an easy process, but he was glad when he met a woman who had a lot in common with him.

Brynn Randall was a single mother who had lost her husband, Scott, a few weeks before her son was born. She was devastated by the loss and picked up the pieces of her heart after his passing, as was Charlie.

They bonded instantly over their shared experiences when a mutual friend introduced them. They fell in love and married in 2020.

THEY HAVE A BEAUTIFUL FAMILY

Charlie and Brynn adore their family. The couple shared that there is room for both grief and love in their home, and noted that they experienced many ups and downs throughout their journey. Charlie stated, “You still feel those emotions. It still hurts. Love is the most powerful emotion. Love overcomes everything.”

The couple is dedicated to cherishing every moment with their beloved family and friends because they know how fragile life can be.

Charlie and Brynn feel lucky to have found each other.