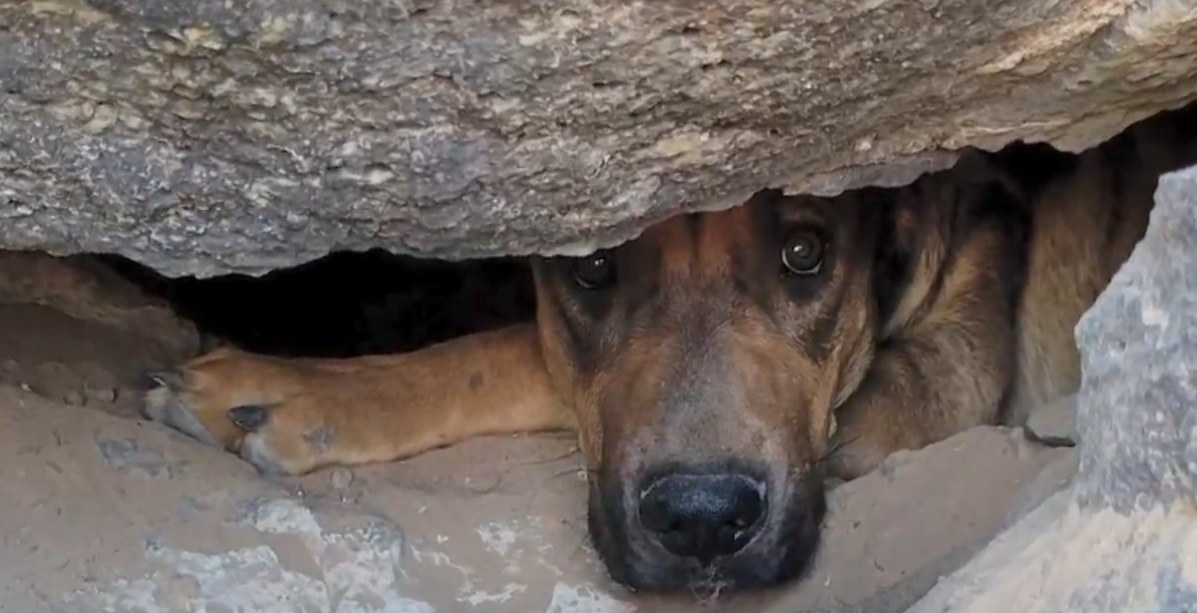 The dog, who was surviving alone among the rocks, was rescued through active mobilization. Now his benefactors are looking for his owners.

On Sunday, Sept. 4, Kira Nieto was driving home when she spotted a dog on the side of the road in New Mexico that clearly needed help. The road was near Petroglyph National Monument, a collection of rock formations with ancient carvings.

The woman stopped and tried to persuade the dog to get into her car. But instead he ran away towards the rocks.

Kira Nieto immediately appealed to neighborhood social media site Nextdoor. “I took some pictures to give an idea of where we were and asked if any neighbors could come and help us. We didn’t know what to do. But this dog was there, and he needed our help,” she says. 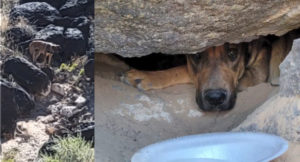 Soon, many people from the surrounding area came, bringing water, leashes and treats to help capture the quadruped. They found him hidden in a cavity with a very narrow entrance. The dog could no longer get out. They then began digging to widen the exit and were finally able to retrieve the animal. The animal was then taken to a veterinarian, where it was scanned for identification chips. No microchips were found.

“We don’t know how long he was there. But he’s very skinny. You can see his ribs.” Kyra Nieto recounts. 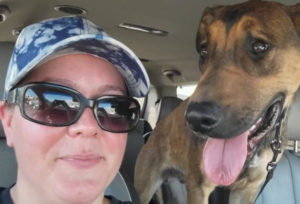 Photos of the dog were posted on Facebook in hopes that potential owners would recognize him and come looking for him. For Kira Nieto, there is no doubt that he has lived with a family before, as he is educated and friendly. She sheltered him until his owners could be found.