The tourists had chosen a quiet place near the river to fish. They managed to catch a whole bucket of fish when a big tiger stealthily emerged from the bushes and quietly carried off the entire catch, and the whole situation was captured on video. 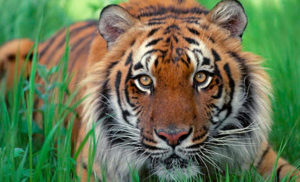 The Amur tiger is one of the rarest predators on the planet, listed in the International Red Data Book. Primorye is a natural reserve for these animals. But even here there are not so many of them. Experts believe that the population has a maximum of 600-650 specimens.

Therefore, the tourists were not too worried, going to a remote tributary of the river to fish. They had time to set up a small camp, parked their car nearby and managed to catch a lot of fish. They did not expect to meet the lord of the forest here. 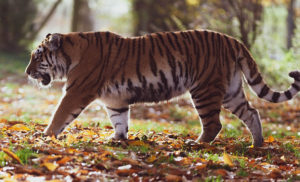 The men saw the tiger just in time. The Amur tiger came out of the forest almost close to the camp and looked out of the bushes. The hikers didn’t dawdle, left all their things and prudently closed their car. One of them even began to persuade the tiger to go about his business and let them at least get their fishing rods. 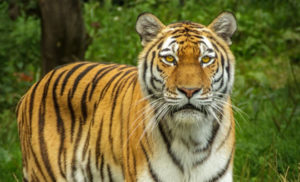 The tiger listened curiously for a while, then turned around, grabbed the bucket with the catch, and quietly walked away into the woods. He did not react to the fishermen’s requests to keep the fish. 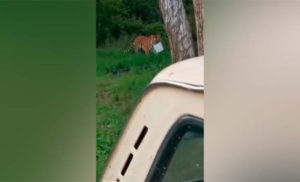 One of the tourists filmed the whole situation: