A four-year-old boy called the police in New Zealand. Not for an emergency, but to show the police his toy. A policeman came to his home, and the boy was able to take a picture with him.

Wellington police posted a nice story on their Facebook page. A 4-year-old boy called the 111 emergency number and asked police to come to his house because he had “toys to show you.”
“I have some games for you.” 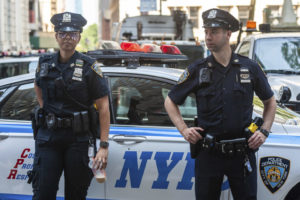 The call center was presented online.

“This is the police. What do you have going on?” – the operator asks.
“Hello… Madam Police?” – the child replies in a low voice.
“Yes, what is it?” – the policewoman asks.
“Can I tell you something?” The boy hesitates.
“Yes, you can tell me,” she assures him.
“I have toys for you,” the boy explains.
“Do you have any games for me?”
“Yes, come and see them,” the boy said.

Eventually the adult explains that it was a mistake.

“I was helping his sick mother and looking after another child. I didn’t see that he pinked up to you,” the man explained over the phone.

That would have been the end of the story. But the operator called his coworkers and asked if there was anyone who could visit the boy and see his toys. 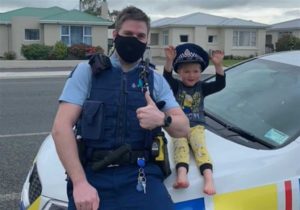 And so one of the police officers came to look at the boy’s toys and confirmed that they were “great.”