On Monday, October 24, 2022, Karen Quinn, was driving with two of her children when she decided to stop at a 7-Eleven store at Cheyenne and Decatur near the North Las Vegas airport.

Karen said she needed to use the ATM, so she parked her Dodge SUV right in front of the store’s door. She left her children inside the car with the engine running and the doors locked and entered the store. 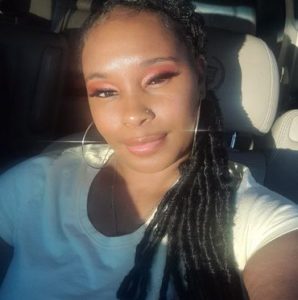 The Las Vegas, Nevada, resident said she made eye contact with a suspicious man sitting near the front door of the store. She described him as a “mean-spirited” guy, and saw him get up from his seat and walk to the car.

At that point, the mother followed the stranger to her car and caught him looking inside. But before she could do anything, the unthinkable happened. One of the 7-Eleven employees on duty at the time said he heard the mother screaming for her children. Karen recalls trying to stop the man, but her efforts were in vain. Instead, she watched as the stranger sped away in her car with her children inside. The mother recounted that she even begged the alleged kidnapper to take the car and let her children go, but he did not listen.

Desperate, she ran for miles to chase the vehicle. She told Fox 5 Vegas:

“I chased the car until I couldn’t anymore.” 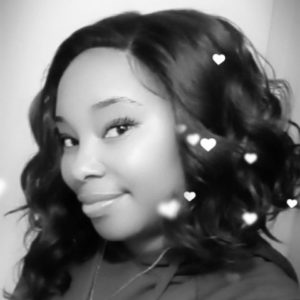 Meanwhile, Karen’s nine-year-old daughter, Nyla, who was inside the car with her 11-month-old brother, King, feared the worst. Nyla recounted the heartbreaking details of the incident:

Nyla said she wasn’t sure where the man was taking them, but he was driving fast. The girl remembered closing her eyes and thinking about what to say. Soon after, she reached for the vehicle’s unlock button. But despite her efforts, Nyla says the man pushed her hand away. All the while, the girl continued to scream and cry for help, begging the stranger to let her and her brother go.

To her relief, the kidnapper stopped the car somewhere and told her to get out.

“The only thing I was worried about was my little brother. So I tried to take my shoes and he wouldn’t let me. He said, ‘Here, get out.’ So I grabbed his pacifier and we ran.” The girl, who was very quick, grabbed the baby and ran as fast as her legs would allow. She said she had no idea where she was, but all that mattered was the safety of her baby brother. Nyla recalled:

“I started running with King because I wasn’t going to leave him in the car….. I always baby-sit him every day.”

While running frantically with her brother in her arms, Nyla said she stepped on a rock and hurt her foot.

“I stopped because there was a rock and I was injured. ” Nyla added. Finally, Nyla breathed a sigh of relief when she saw some lights and the 7-Eleven sign. Arriving police officers helped Karen reunite with her children. The anxious mother thanked the officers.

According to agents, the alleged carjacker was identified as Mario Estrada, 38. He was said to have wrecked Karen’s car after colliding with another vehicle on the road. Police arrested Estrada as he attempted to flee on foot. 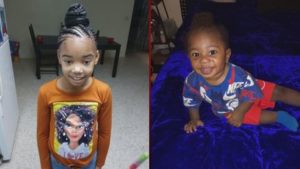 Karen’s grandmother, Irene Quinn, set up a GoFundMe account to support the family. Irene said her granddaughter suffered injuries while running after the alleged kidnapper. As of Oct. 28, more than $2,000 had been raised.

Irene said that, in addition, the family needed a new vehicle after theirs was damaged in the incident. She expressed:

“My granddaughter has a kidney disease, Nephrotic Syndrome (FSGS), and after running scared she experiences pains and nightmares. She tells her mother that she doesn’t want her brother or her to die.” Many netizens left comments for the mother and her brave daughter when the story was shared on social media.

One user wrote: “You are a perfect child, your bravery is more than most adults! You are a true heroine and someone everyone should look up to!”.

Without a doubt, Nyla set the perfect example of heroism and bravery. Her little brother is lucky to have a protective and loving big sister like her.