Akrit Pran Jaswal proved to be a true medical genius when he was only seven years old. His family considered him a child prodigy from an early age.

According to them, the boy began to walk and talk when he was less than 10 months old. And by the age of two, he was already reading and writing! 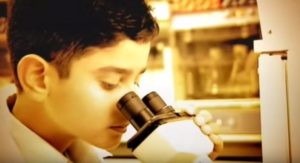 This Indian boy was so unique that he was even featured on Oprah. At 13, he passed the IQ test with a score of 146, making him the smartest person in India.

But Acrit became world famous after he operated on an eight-year-old girl. When she was very young, she was burned so badly that her fingers had practically grown back together.

But her poor family couldn’t pay for the surgery that would fix it for years.

By the time he was seven years old, Akrit had already earned a reputation as a genius in his village. One day the girl’s father came to him and asked if he would agree to operate on his daughter for free. Akrit responded by saying yes.

The little patient’s family quickly took care of all the formalities. And already on November 19, seven-year-old Akrit performed a successful one-hour finger-splitting operation.

Akrit’s parents recorded what was happening on video, which they posted on the Internet. A few days later, the 7-year-old surgeon woke up famous.

Four years after his fateful surgery, Akrit was accepted to Punjab University, breaking another record. He became the youngest student in the world!

He was soon invited to speak at London’s Imperial College, where the prodigy shared his ideas with scientists working on cutting-edge medical research.

As a teenager, Akrit became inflamed with a desire to find a cure for cancer. He told Oprah that he had a theory about «oral gene therapy,» which could be the basis for his research.

Akrit said he was very concerned about the situation of cancer patients in India, who were forced to die on the side of the road because they could not afford any treatment. He hoped to use his talent to help them.

«I’ve been in hospitals since I was 6 years old, where I’ve seen a lot of people in pain. It makes me very sad. So that’s the main motivation behind my passion for medicine, my interest in cancer.» 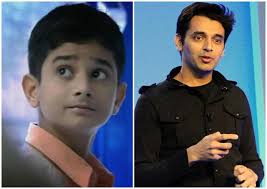 Now the Indian talent is in his 29s. He still lives in medicine and dreams of inventing a cure for cancer. In an interview with The Sunday Times, Akrit Jaswal said:

«The idea came to me when I was eight years old. I read many books and articles on the subject. The way to defeat the disease, which I am developing, is to change the wrong genes that contribute to cancer cells and then successfully repair them.»

ANIMALS 0 9 views
A French bulldog named Sonya knows how to skateboard. The dog skillfully stands with

A woman took pictures of her husband, daughter, dog, and cat every year. The result is a photo story
One time a woman saw a touching moment and decided to take a picture
LIFE STORIES 0 5

The resentful cat came to complain about the dog who ate some of his food. The emotions of the dog and the cat are delightful
I have a cat and a dog. They are not enemies, but they are
ANIMALS 0 6