On Wednesday afternoon in August, the driver of a rented transport truck was said to have collided with the rear of a stopped school bus. The Georgia State Patrol said the incident occurred near Alma in Bacon County in southeastern Georgia.

The man was driving the truck on the south end of U.S. One near Sweetgum Road when he crashed into the bus from which students were getting off. According to officials, the passengers on the bus were 11 people: ten students and a driver. According to the Georgia State Patrol, some children were taken to Bacon County Hospital.

The others were transported to Shands in Jacksonville, Florida. The bus driver, identified as Jerry Sweat, was also injured and was transported to Bacon County Hospital.

“We’ve assisted in other accidents and tragedies and things like that in the past, but this…was the worst among them.” According to Georgia State Patrol Officer Shane Copeland, the driver of the truck did not flee the scene. Instead, he rushed to the children’s aid.

Copeland said surveillance camera footage from the bus showed the driver lifting the seats to help the children trapped underneath.

Authorities and the family of the truck driver identified him as Johnathon Grayer, 25, of Jacksonville, Florida. 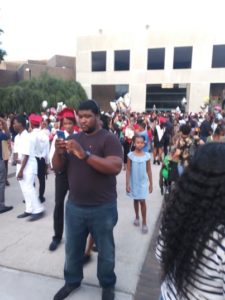 According to Copeland, after rescuing the ten children from the wreckage, the driver was taken to Bacon County Hospital, where he later died.

Regarding Johnathon’s rescue efforts, the officer added:
“He must have been running on adrenaline, and his body gave out.”

He tried to keep the children calm Johnathon’s parents, Veronica and Isaiah, said their son was a kind man with a golden heart. The mother added that her son had an infectious laugh and a loving spirit.

Both she and her husband agreed that it had been a complete miracle that Johnathon had made it out of his wrecked truck and helped the students. In the midst of the chaos and disorder, the driver helped the children remain calm.

“He told one child that they were going to get ice cream. And the parents said the child asked, ‘Where is the man who got me off the bus?’ Because we were supposed to get ice cream,'” the driver’s mother recounted. 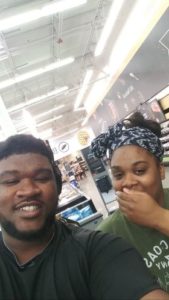 The Grayers said that after helping all the children out of the wrecked bus, their son was exhausted and couldn’t muster the strength to continue.

“After it happened, he collapsed and it was just like God said, ‘You did what I wanted you to do,'” Isaiah recounted.

Veronica extended her heartfelt thanks to a man who accompanied her son until paramedics arrived.

Johnathon’s parents expressed that they were devastated to have lost their son. But they added that his warmth and willingness to help the children would help them move on with their lives.

Georgia Governor Brian Kemp said the incident had been “terrible news” in a tweet. He added that his heartfelt prayers were with the loved ones of the deceased truck driver and the injured students.

Johnathon’s parents also sent their deepest prayers to all the students who suffered injuries. In addition, they thanked everyone who had shared messages of condolences and support for their deceased son.

On the second anniversary of Johnathon’s death, Isaiah remembered his son in a touching post. 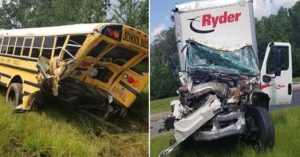 “Words cannot express how much I miss you. Today marks 2 years since your departure and I still cry every day. I love you, son,” he wrote.

When the story of the brave and selfless rescue of the Florida truck driver was shared on social media, it touched countless hearts. Here are some comments that netizens shared. 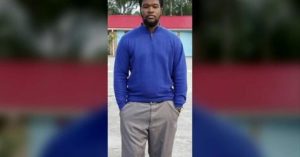