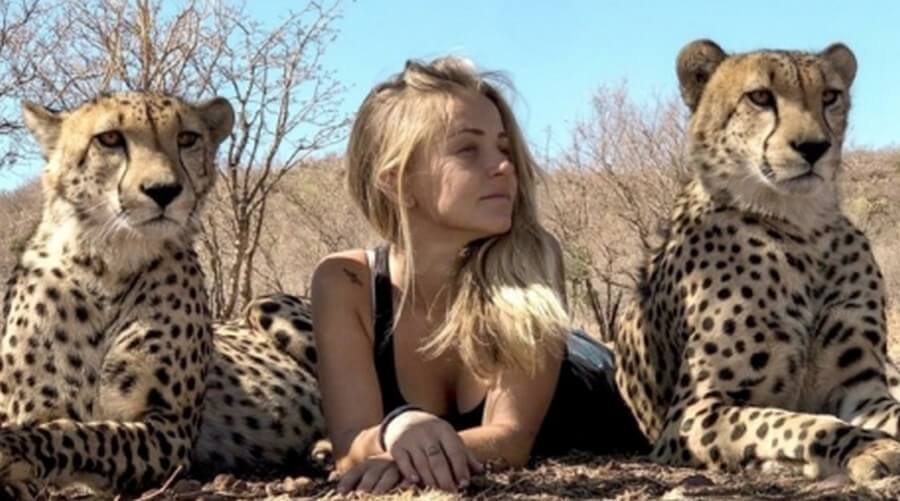 Kristen Kerr is 21 years old and she has been communicating with wild animals almost all her life. A girl from South Africa considers big cats to be her best friends and a role model. She has a particularly strong bond with these animals, she even sleeps with cheetahs.

Her father Barry kept a shelter for wild animals and the girl helped him with his work from childhood. At the age of 10, she even refused to go to school and switched to home schooling, as she missed her pets very much.

Kristen first met big cats at the age of 11, when two three-month-old lion cubs came to their shelter. It was an incredible experience. Kerr also raised the first cheetahs almost from birth. One of the breeding farms went bankrupt and Barry bought out a pregnant female from there, who soon gave birth to two babies.

The girl tried to move to Johannesburg and find a job in an office. But she couldn’t sit at the computer, she was always drawn to four-legged friends. Now Kristin lives next to the cheetah enclosure, sometimes spends the night with them and is completely happy.

LIFE STORIES 0 89 views
Sergio parked his car near a bank branch. It was already late afternoon, but

LIFE STORIES 0 74 views
I met Lisa at a hospital while I was working there as a nurse.