Akim Camara was born in 2000 in Berlin and has African and European roots in his family. Akim’s parents noticed their son’s abilities very early on. Later they assured that he was able to perceive the music literally from the cradle. He began playing the violin at the age of two, and his first teacher was Birgit Thiele from the Marzahn-Hellersdorf School of Music. 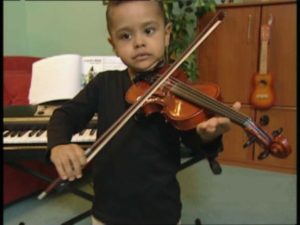 The boy studied incredibly quickly. Having a perfect ear for music, Akim was able to hear even the smallest parts in works played by large orchestras.

Akim’s talent was fostered and encouraged in every way. Already at the age of three, Achim made his first public appearance with a violin piece at the Christmas Concert ‘Schneefloeckchen, Weissroeckchen’. 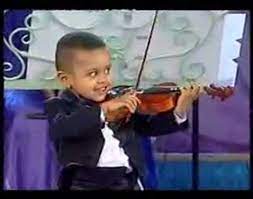 Soon the famous Dutch violin virtuoso Andre Rieu heard about the young talent. Having seen Akim’s playing on video, Andre was simply amazed. He immediately invited the boy along with his entire family to his studio in Kerkrade, Netherlands. And soon both the maestro himself and his entire staff were perplexed listening to little Akeem Kamara, who was easily playing the most difficult compositions on his little violin. 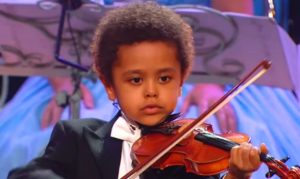 In July 2004, André Rieu included Akim’s performances in his program. And together the two great violinists, big and small, made quite a stir among music lovers. So the Parkstad Limburg Stadion, with a capacity of 18,000 people, was packed to capacity. People wanted to see and hear the musical prodigy. And at the end of the performance he was sure to receive the most enormous applause. 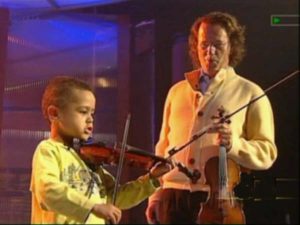 After such a triumphant start, Akim disappeared from view for some time. Alas, German TV reporters and media representatives literally gave the baby no passage. And the family had to think seriously about how to protect young Akim from such serious interference in his life. 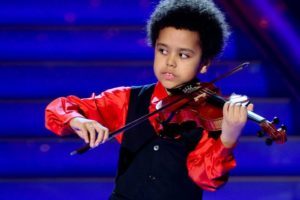 Meanwhile, André Rieu continued to patronize his talented protégé. He paid for his studies, including violin and piano, and gave the family the confidence that the boy would simply have a musical career worthy of his abilities. 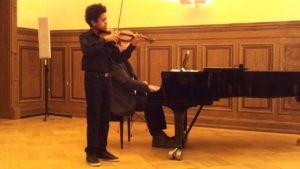 Today, Akim is a teenager, but his love for the violin is only growing. He is a virtuoso player, and his absolute ear enables him to memorize and reproduce the most difficult works without difficulty. He has appeared several times in television shows, but there is no hype surrounding his person.