Third-grader Vanya Verigin from the village of Kornevo has a lot on his plate right now. So he called his friends to help. While his father is at work and his mother is sitting with the younger children, the schoolchildren are collecting the charred wreckage of the house.

The fire happened on a day off around noon. Mom had gone out to get bread for a while, the children were playing here on the second floor. And then a smoldering charcoal fell out of the stove, which the four-year-old girl picked up and threw in the trash can. And then it went up in flames. 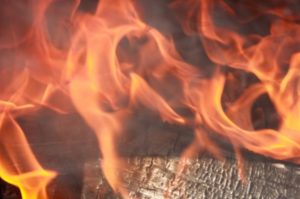 The family of many children was practically left homeless, they live with acquaintances. The Verigins have four children: two boys and two girls, nine-year-old Vanya is the oldest. When the fire started, he was putting his younger sister, she is only two years old. When he saw the flames, he wasn’t confused.

“I put my brother on my back, the little one in my arms. I was pulling them out, I couldn’t see anything, I almost fell down the stairs. It was impossible to breathe,” Ivan recalls.

There was still one four-year-old girl in the building. Mother Vera went to the store to get groceries. As soon as she smelled smoke, she rushed into the house.

“The older one was already carrying the younger sister and brother. I already ran home for the third. I only got my daughter out the third time, because it was impossible to go in there anymore,” Vera says. 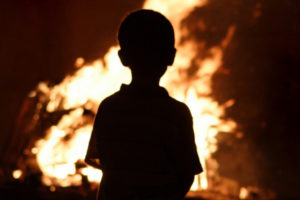 The neighbors called the fire department. There was no one in the house when they arrived. The rescuers took out a gas cylinder and easily dealt with the fire. Miraculously none of the children were seriously injured. Vanya got a minor burn while carrying his family.

“The nine-year-old boy behaved like a real young hero, saving his brother and sister, showing not only civic position, but also courage and bravery. We are preparing the appropriate documents for awarding Ivan with a departmental award,” said the head of the Ministry of Emergency Situations. 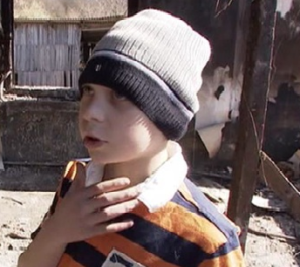 Vanya does not consider himself a hero, the boy loves sports, especially playing football. But he’s not up to games yet. He needs to help his parents. It’s not easy for them right now. Because of the fire, the family lost everything.