When Julie McConnel became pregnant in 2014, she hoped her baby would be a girl because her three-year-old son longed for a younger sister. A prenatal ultrasound revealed that she had not one, but two babies in her uterus.

The mother and her husband, Dan, agreed to have prenatal testing to determine if her twins had Down syndrome.

When the results came back, the couple was surprised. Reports suggested that their unborn babies had an extra chromosome.

“We were scared, terrified and worried, and we didn’t know if we could handle the responsibility,” Julie confessed.

Doctors performed another test to confirm whether both babies had Down syndrome, and by week 17, the husband and wife were sure their twins would need special care. 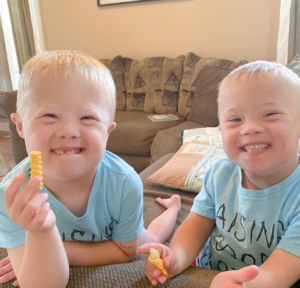 The news did not sit well with them because they had thought of a different future. Raising babies with Down syndrome would be a completely new experience for them.

The two already had four children and believed they were ill-equipped to raise their twins. Instead of opting for an abortion, Julie and Dan considered giving them up for adoption.

Julie and her husband contacted the National Down Syndrome Adoption Network and even found a loving family who wanted to adopt their babies. 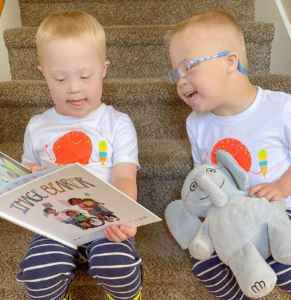 Before the husband and wife could complete the paperwork, they found a Down syndrome association in Idaho that helped them learn more about children with special needs. That experience completely changed their perspective.

Through the local association, Julie and Dan met families of children with Down syndrome and learned how happy they were to raise their special needs children. That meeting caused the mother to abandon her plans to place her babies for adoption.

“When we decided we weren’t going to let our fear get in our way, it was easy to make our decision,” she said. 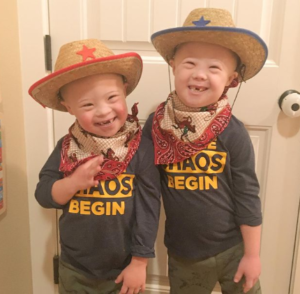 Before the twins were born, Julie created a Facebook page to share her experience with friends and family.

She knew that raising her twins would be a completely new experience for her.

Babies Charlie and Milo McConnel were born in August 2015.

“My heart leapt out of my chest when I saw them,” the mother said. 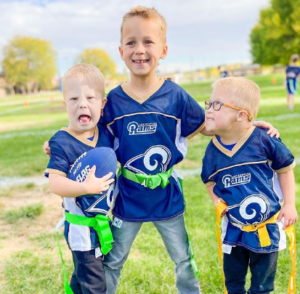 “I was in love. They reached out and grabbed my heart, and they looked like perfect babies,” she added.

Julie and her husband instantly fell in love with their twins. Over time the parents learned how to raise them. Although the babies needed special care and attention, their mother never hesitated to give them the best of everything.

She shared that her older children were absolutely obsessed with the twins, and loved playing with them and tending to their needs. 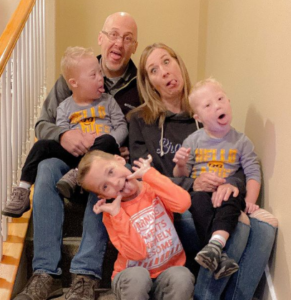 She also revealed that Charlie weighed a little more than Milo at birth, and that Milo had to stay in the Neonatal Intensive Care Unit for a few days.

It took Milo a while to be able to eat, sit up and walk, but now, the seven-year-old siblings can do most tasks perfectly.

They enjoy every moment with their children

“We always say Charlie is our athlete and Milo is our scholar,” Julie said as she explained that her twins had different personalities. She also said that having twins with Down syndrome was like winning the lottery.

The parents enjoy every moment with their children and decided to dedicate an Instagram page for their babies, where they share adorable photos of their children.

Julie hopes that the stories she shares through social media will help parents like her see the difficulties behind raising children with special needs.

“We all wish we could go back and tell ourselves when we were pregnant that everything would be okay and not to worry and waste time being so sad and scared,” Julie said. 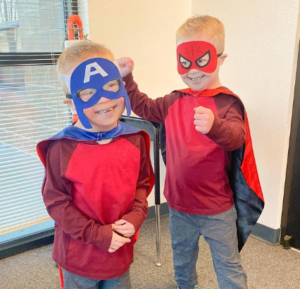 She is grateful to have her babies in her life, and all the good and stressful times she has had with them. The mother said she couldn’t imagine living without her twins, unlike the moment she decided she would give her babies up for adoption.

“I have a lot of hope for my children’s future!” she added.