Mia grew up in a simple, modest home with working-class parents and grandparents who worked day and night to support themselves. However, while her parents lived simply, they always made sure to give Mia a little luxury when they could.

Her grandmother Lucia, on the other hand, was always the most frugal. Lucia owned only two pairs of shoes, which she had repaired whenever they deteriorated, so she wouldn’t have to buy new ones. She planned the groceries she bought each week so that no ingredients went to waste, and she never gave gifts to family members.

As a child, Mia paid no attention to her grandmother’s ways, as she was content to enjoy the delicious food that Lucia prepared. However, as she grew older, she began to think that her grandmother was simply stingy with her money, choosing not to spend it for some strange reason that Mia had not yet discovered. Despite her modest lifestyle, Mia was intelligent. She earned scholarships to a top-notch high school and university, which brought her into contact with people from different backgrounds, including the wealthy. Seeing how her classmates lived comfortably, she became envious and wanted a better life.

When she finally got a taste of the good life after graduating from college, she expected only the best: the best job offers, the best apartment, the best clothes, and the best man to marry.

Mia fell in love with a wealthy business executive named Mark, who worked at the same company as her. They began dating, taking luxurious vacations and eating at the finest restaurants in the state. 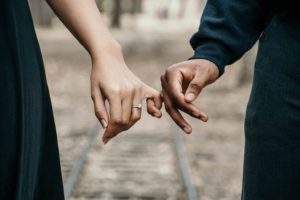 Soon, Mia became dissatisfied with what her own family had to offer. She no longer enjoyed her grandmother’s home-cooked meals and didn’t want to go camping with her cousins.

When Mark proposed and she said yes, Mia wasted no time in planning the wedding. She wanted it to be considered the “wedding of the year.”

Mia wanted everything to be luxurious at her wedding, including her guests. That’s why she planned not to invite her grandmother, Lucia, thinking she wouldn’t fit in.

“She’s your grandmother. She should be watching you walk down the aisle, honey,” her boyfriend Mark told her, but she shook her head. 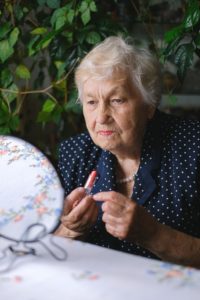 “She’s alarmingly thin, and she doesn’t know how to dress properly. She’s going to stand out. I’d rather she didn’t come,” she sighed.

Mia’s parents also insisted that she invite her only living grandmother, but she adamantly refused. “We’re just going to have dinner with her afterward,” she told her parents.

Lucia was heartbroken to learn that she would not see her granddaughter walk down the aisle. However, she didn’t want to make a fuss and simply told Mia that she understood.

However, when Mia received the rose, she was not thrilled. “Where did it come from? Did she pick it from one of the flower arrangements outside?” she scoffed.

Her mother frowned. “Your grandmother must have had a reason for giving you that beautiful pink rose, Mia. Just enjoy it for its beauty. I haven’t seen a rose that big in a long time,” she told her daughter. 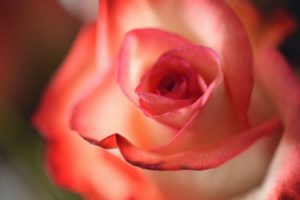 Mia sighed. She thought the rose was beautiful, but she didn’t think it was an appropriate wedding gift, especially coming from Lucia.

When her mother left the room and Mia was left alone, she decided to play a little “He loves me, he loves me not” game, plucking the petals off the rose one by one. When she finished destroying the rose, she was surprised to see a little note stuck in the middle of the flower.

“What is this?” she thought as she slowly tried to pull it out of what was left of the flower. She opened it and realized it was a short note from her grandmother, with a small key taped to the bottom of the small notepad.

“Mia, I’m so glad you’re getting married in the church where we used to go together when you were younger. My good friend, Father Jameson, has kept a box for me all these years. Open the closet in the room where you are, and you will find what I am talking about. Grandma.” Curious, Mia peeled the key off the paper and headed for her walk-in closet. Inside, the parish priest’s robes hung in a straight line, and there was a medium-sized chest sitting at the bottom.

Mia realized that the key stuck to the paper was meant to unlock the chest, and that’s exactly what she did. As she opened it, she wasn’t prepared for what she saw inside.

Her eyes went wide when she saw piles of money inside the safe. There was also a note placed on top of the stacks that read:

“As you begin this new chapter in your life, my dear Mia, I pray only for your happiness. I hope this helps you and your husband build the life you want for your family. I love you more than anything in the world, Grandma.” 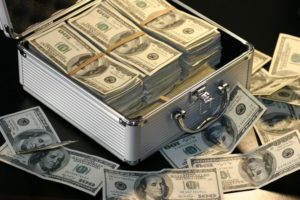 Mia felt bad for the cruelty she showed to her grandmother and the judgment she made of her. “I can’t believe I didn’t even think to invite her today. What kind of granddaughter am I?”

The ceremony was about to begin in a few minutes, but Mia refused to walk down the aisle without talking to her grandmother first. She drove herself to her grandmother’s house, where she found her sitting with a cup of tea in her hands, watching television.

“Grandma!” said Mia as she rushed over to hug her. “Grandma, I’m so sorry. I’ve been so selfish, self-centered and materialistic that I’ve broken the beautiful bond we had as children,” she cried. 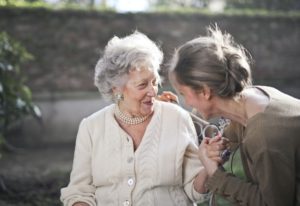 “Mia, honey, what are you doing here? You’re supposed to be getting married!”, Lucia replied, surprised that her granddaughter was in her house on this special day.

Mia shook her head. “I’m sorry, grandma. I came to apologize for the way I treated you. I saw the chest you left me. All those years you lived modestly when you had all that money. You could have spent it on yourself, but you saved it for me!”. 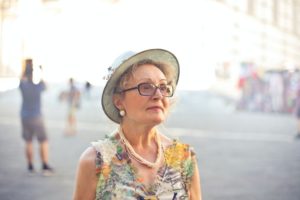 “Mia, I grew up having a hard life, and I didn’t want you to go through the same thing. Don’t worry about me. I’ve lived comfortably over the years. I’ve made sure to save it all up for you. I’m fine, honey, so go get married,” Lucia said as she hugged her granddaughter tearfully.

Mia shook her head once more. “I won’t get married without you, grandma. Come on, let’s get you dressed. We have a wedding to attend,” she said as she guided her grandmother to her room so she could put on a formal dress.

That day was not only the happiest day of Mia’s life, but also of Lucia’s. Since then, Mia has made sure to take care of her grandmother and make the most of their time together.

Lucia lived long enough to see her great-grandchildren, and Mia was happy to teach her children the importance of love and family.