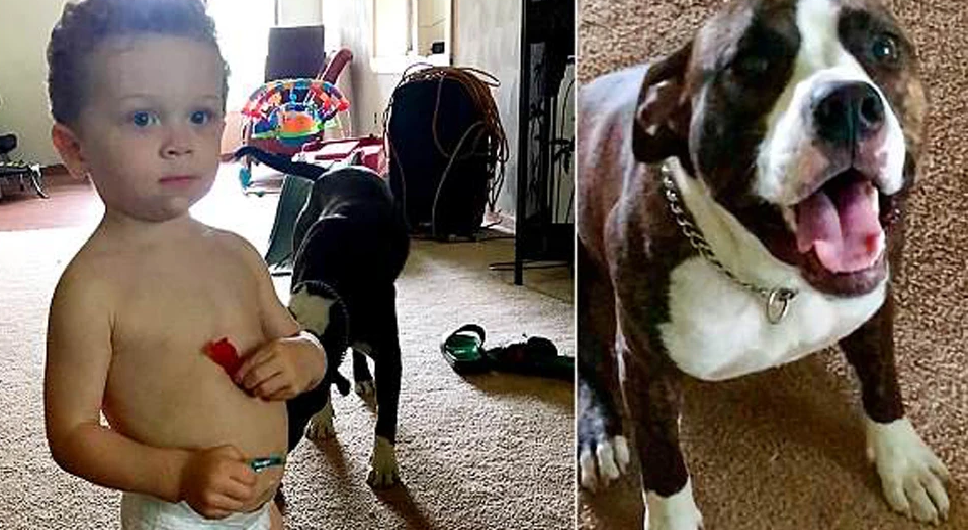 Imagine the despair of parents who wake up and find their two-year-old son not at home. That’s exactly what happened to spouses Michia Perez and Dominic Peake, parents of Princeton, who live in Michigan, in the United States. They said that, as usual, they locked the house while they slept. But when they woke up, the front door was unlocked and the little boy was no longer in the house. Completely confused, they began searching the neighborhood for the child.

“The first thing I thought was that he had drowned,” the father said. The family lives in a wooded area. There are lakes, swamps, and even cornfields all around. But after searching for some time, the only things they found were: a small cup of the boy thrown on the ground, and the tracks of a dog named Apollo, who had lived with the family for many years.

The police were called. And when they arrived in Van Buren County, they relied precisely on the dog’s tracks as a way to trace the boy’s possible path. According to family reports, Sheriff Daniel Abbott said the dog would be the key to finding Princeton.

“Without those dog tracks, we wouldn’t have been able to determine the boy’s direction of travel,” the sheriff said. According to police, little Princeton was missing for at least three hours. But thanks to the help of a dog, the boy was found. Princeton was wearing only a diaper. He was covered in insect bites, but still unharmed.
Police believe that the boy’s strong bond with the dog is probably what saved the little boy’s life. Had it not been for that dog, things could have been much worse.

“We were fortunate that he had the dog with him and we were able to trace where he was walking,” Abbott said. Тhe boy’s father said the dog came into his home when he was a baby. And he wished he had grown up with his son to be his playmate. Now it seems they are bonded for life:

“I owe it to my dog, because if my son had been alone, who knows what might have happened,” the father said.

LIFE STORIES 0 41 views
Sergio parked his car near a bank branch. It was already late afternoon, but

LIFE STORIES 0 97 views
Christmas is a special holiday that children look forward to. It is filled with