Sandra is a young woman whose fate has never been in her favor. She was orphaned at a young age and lost her family in a car accident, which traumatized her for a long time.

Over time, she came to sympathize with her fate and began to look for ways to support herself. Unfortunately, the only job she managed to find was as a street sweeper. The work was not well paid, but at least she could afford a place to live and three meals a day.

One day, as she began to clean, she saw a wallet lying by the side of the road. Out of curiosity, she stopped sweeping and began to examine its contents. She discovered that the wallet was mostly empty, with only a few dollars and a letter that looked like it had been read several times a day for years. On the letter’s torn envelope, everything was blurred except for the return address. She carefully opened it, taking care not to tear the delicate paper, and discovered that it was written in 1959. A 60-year-old letter? It must have been very special to its owner, she wondered.

Some of the words in the letter were faded, but Sandra could thankfully read most of it.

“Dear Lewis,” the letter began. “My mother forbade me to meet you and said you and I couldn’t be together, but I want you to know that I love you. Affectionately, Nancy Ar…” Unfortunately, the paper was torn along the edge, and Sandra could not read it.

Thinking it was special enough for its owner, Sandra decided to find her and return it to her. She went to the telephone exchange operator to inquire about the phone number listed with the return address and was put in touch with the person who lived there.

“I’m sorry, but no one named Nancy lives here,” the woman on the other end of the phone replies.

“Actually, maybe you can help me. I found a wallet and would like to return it to its owner. There was a letter inside the wallet and I got this phone number from the return address on the letter, so I assumed that the person who wrote the letter lived here. The woman’s name is Nancy.” Sandra explained. 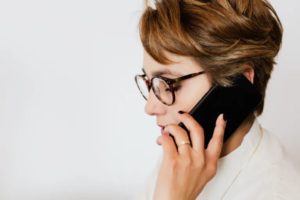 “Are you talking about Nancy Arnolds?” the woman asks.

“Well, I’m not sure if her last name is Arnolds, but I think it’s her. Do you have her contact information or do you know where I could find her?” asks Sandra.

“Actually, we bought the house from her mother 20 years ago. She was in a nursing home then. If you want, I can give you the contact number for the nursing home; you can write it down.

Sandra thanked the woman and immediately called the nursing home. There she was informed that Nancy’s mother had passed away, but that her daughter was still alive and staying there.

Sandra quickly hired a cab and went to the place. When she met Nancy and showed her the letter she had found, Nancy’s eyes lit up.

“I can’t believe he kept it safe until now. By the way, where did you find it?”

“Well, it was in the wallet I found on the road. Do you by any chance recognize this?” Sandra held up the wallet. 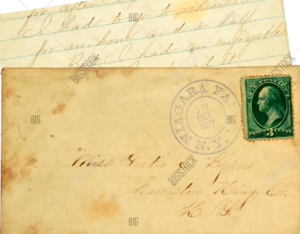 “I don’t know about the wallet, but this letter, I wrote it for Lewis – Lewis Duncan,” Nancy says.

“We met in college, and I wanted to marry him and start a family, but my mother was against it because, like my father, Lewis was not well off. After my mom married my dad, he started living off my mom’s wealth.”

“Mom resisted for a long time and then divorced him. Unfortunately, she never had a happy married life, and she feared the same thing would happen to me. As a result, she despised Lewis and my relationship. But if you find him, let him know that I still love him and that I never got married. I always hoped he would come find me, and I’m still waiting.” Nancy broke down in tears as she finished.

Sandra comforted her and promised that she would find Lewis, but deep down she was afraid that would not happen. Nancy was Sandra’s only way of contacting him, but she had no idea what had become of him.

Discouraged, Sandra left the nursing home and decided to drop the wallet off at the police station, but as she stepped outside, the security guard interrupted her.

“Are you a relative of Nancy’s?” 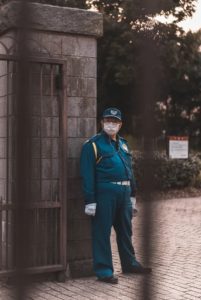 “No, actually…” Sandra started to speak when the guard interrupted her again.

Sandra was taken aback. “Yes, it is! Do you know him?”

“Yes, he lives in the building next to the nursing home,” the guard replied. “The man is quite old and keeps misplacing his wallet. In fact, don’t tell Nancy, but he often visits her just to see her. That’s how I know him.”

Sandra’s happiness knew no bounds when she heard this, and she went to Mr. Duncan and returned the wallet. He was happy that the letter was safe.

“I’m sorry, Mr. Duncan, but I read that letter,” Sandra admitted shyly. “And I have a question, if you’ll allow me to ask it.”

Mr. Duncan smiled warmly at her. “Ask anything, young lady. You’ve given me back my most prized possession. I don’t mind that the wallet was lost, but the letter is very dear to my heart.” 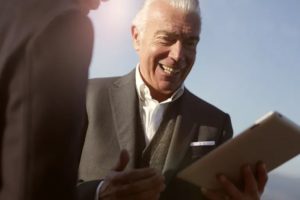 “Then why not meet with Ms. Arnolds? Nancy told me all about it. She couldn’t stop crying when she saw the letter. Do you know that she never married and is waiting for the day when she will meet you again?”

Mr. Duncan’s eyes almost began to overflow. He said he was devastated when he received the letter and decided not to get married because he loved Nancy. However, he did not know that she was also not married.

Sandra took him to Nancy and left them alone for a while. They cried and held each other. Sandra’s tears began to flow when she saw them like this. It brought back memories of how she and her husband Edward met. She cried as she walked out of the nursing home.

A year later, she received an invitation to the wedding. It was Nancy and Lewis’.