It all started in zoology class in 1934. Twenty-one-year-old John Henderson was sitting right behind Charlotte Curtis. And he really liked her.

John was born in Fort Worth in 1913 and remembers all of humanity’s most momentous breakthroughs of the last 100 years: radio, the Internet, television. He moved to Austin to attend the University of Texas in the early 1930s.

Charlotte was born in Iowa in 1914. When she was in her early 20s, her older sister’s husband died in a plane crash. Charlotte’s entire family moved to Texas to help her sister. 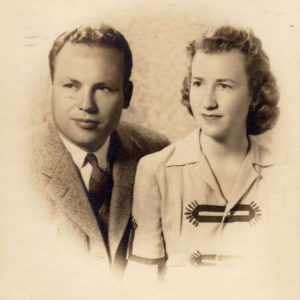 “It took her five years to decide she wanted to get married,” John says with a laugh.

On December 22, 1939, John and Charlotte were married. They spent their honeymoon in San Antonio, staying in a hotel that cost $7 a night.
Although they had been together for 85 years, the Hendersons had only been married for 80 years. Therefore, their marriage is not considered the longest.

The record belongs to Zelmira and Herbert Fisher, who were married for 86 years and 290 days before Herbert died in 2011. 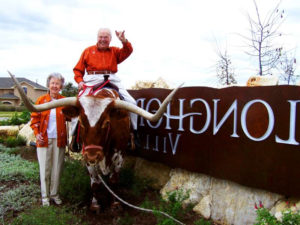 The Hendersons love to travel, especially on cruise ships. They’ve been to South America, Scandinavia, China and a dozen other places.

So what is the secret of their longevity?

They eat right, don’t drink much, and John still does the gym almost every day. Except for their bad hearing, they have excellent health. 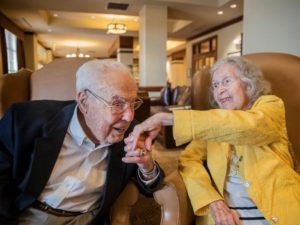 The Hendersons have no children.

“Some people say that’s why we live so long!” – John jokes.

They also never argue. And they try to settle any disagreements before they go to bed.