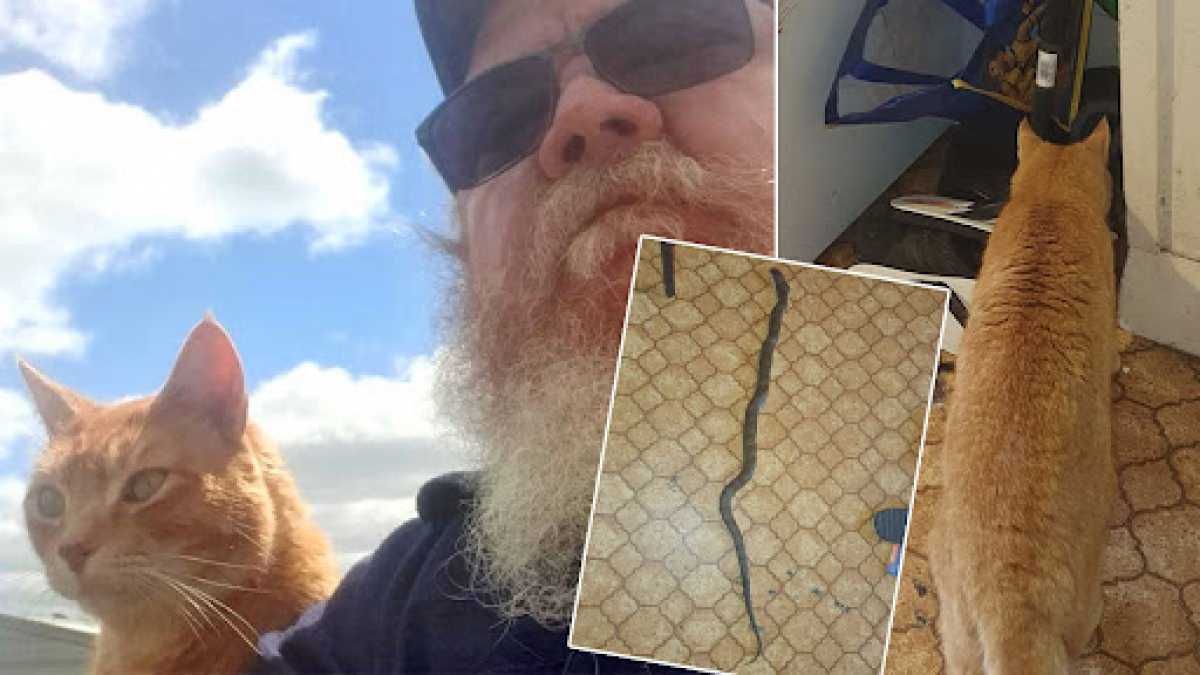 The strange behavior of the cat helped the owner to find a poisonous snake crawling into his house.

A few days ago, a resident of Dartmoor (Australia) — Ricky Owens returned home from the store and put shopping bags next to the refrigerator. Then the man left the house for a couple of hours, leaving the front door open. When Ricky returned, he noticed that his cat Gordon was behaving very strangely. Fluffy walked around the chair, hissed at it, scratched it and periodically jumped back. The behavior of the pet alerted the Australian, and he looked under the chair, but found nothing. Writing off Gordon’s actions as typical feline oddities, Ricky went to the bar. When he returned, he again drew attention to the cat, which this time hissed at the bags of groceries that were next to the refrigerator.

“I went to get tea from the fridge and saw that the cat was attacking the bags that I had left nearby,” recalls Ricky.

After the man picked up the shopping bags, he realized that Gordon was not worried in vain. It turned out that only a few centimeters from Ricky and his cat was a meter-long tiger snake. This snake is one of the most venomous and dangerous in Australia, and a meeting with it can end badly. The disturbed snake disappeared under the refrigerator in a second, and Ricky had to take a serious risk to get it.

“I only saw a few inches of the snake’s belly sticking out from under the refrigerator. I didn’t know where his head was and where his tail was,” Ricky told ABC.

Fortunately, the Australian managed to grab the dangerous reptile by the tail and throw it over the fence in his backyard. Now the man will always take the cat’s actions seriously and will stop leaving the front door open, because he believes that the snake entered the house through it.

LIFE STORIES 0 37 views
Sergio parked his car near a bank branch. It was already late afternoon, but