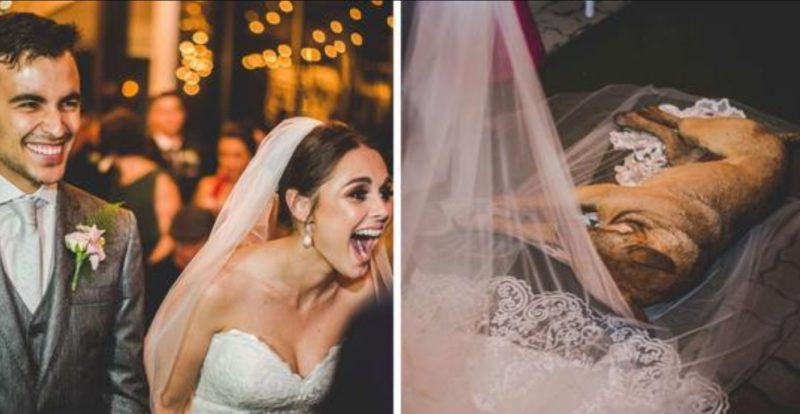 A young couple in Brazil was enjoying their big day when an uninvited furry guest decided to interfere with their wedding.
Needless to say, they eventually adopted the dog. This is definitely one of the cutest stories with a happy ending that you have ever heard!

While Marilia and Mateus from Sao Paulo planned their wedding in great detail, there was only one thing that did not belong to them: the weather. 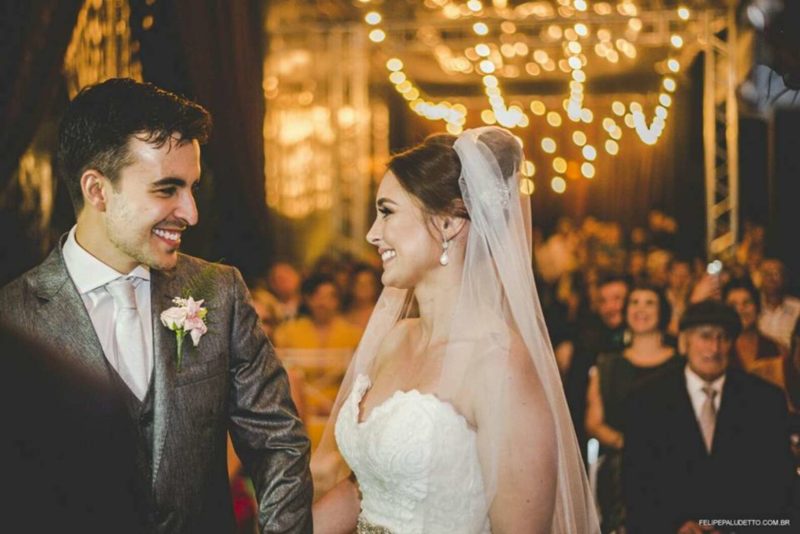 Everyone wants the wedding day to be sunny. But if it’s raining, it doesn’t mean there won’t be a big party. That’s what happened to these young people.

When they realized that there would be no sun that day, they decided to move the ceremony under a huge tent capable of accommodating many of their guests and even those who were not on their guest list.

The adorable stray dog also wanted to stay dry. So what shelter from the torrential rain could be better than the bride’s dress. 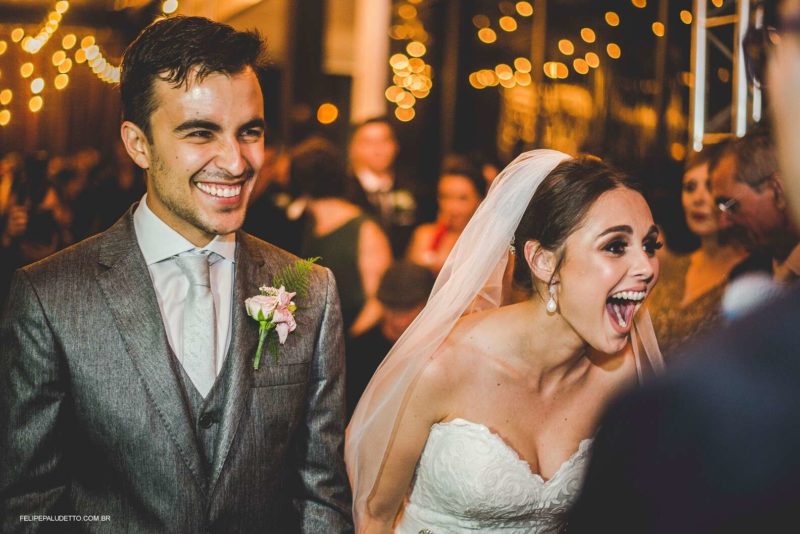 But that’s not all. The dog even started barking loudly, perhaps so that everyone would know that he was against marriage.

However, everyone, especially the two newlyweds, burst out laughing!

“At the beginning of the ceremony, when the bride’s choir started playing, to everyone’s surprise, a dog entered,” explained Marilia. 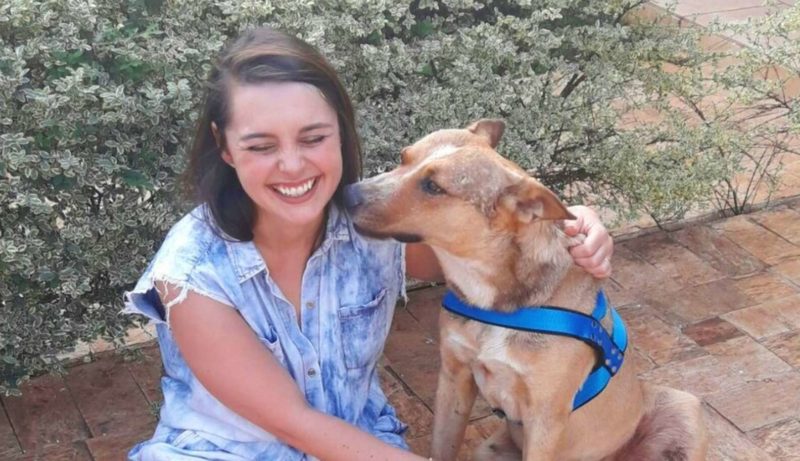 “The dog came in and lay down on my veil. It was a very pleasant surprise for me, because I love animals. I really liked it.”

However, the dog didn’t look too embarrassed by the reaction of people, and at one point he even disappeared. But as the ceremony went on, he came again. And this time he was very lucky, as he had just found two loving parents and a home forever.

The young couple decided to adopt him, although it was quite difficult to find him the next day.

Husband teases wife for “eating like a pig” until one day he finds her passed out on the floor
Jenny had always been a curvy girl. She was a beautiful woman who enjoyed
LIFE STORIES 0 58