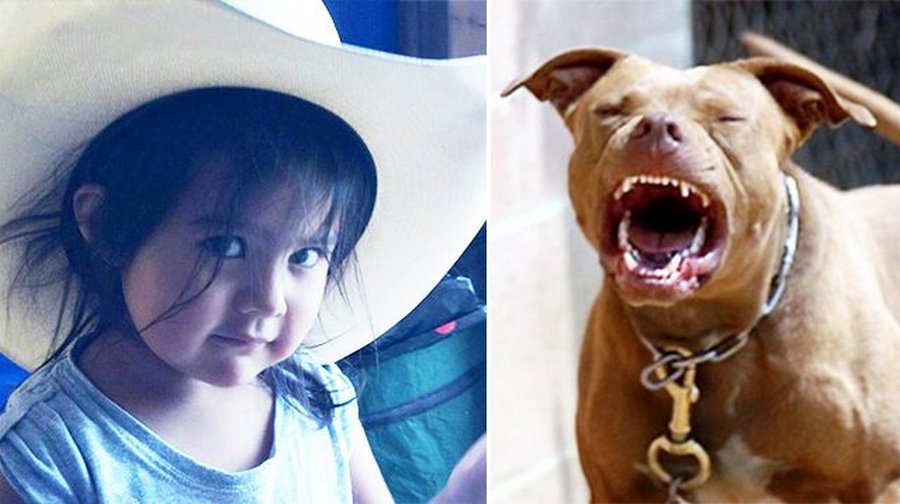 Rodney Bacon was walking to his car for things, followed by his daughter Harper, three years old. And suddenly the girl started screaming.
Suddenly the father heard the baby screaming, “Why are you pushing me? Stop it!” and then noticed two things: a grinning pit bull and a rattlesnake.

The man was so lost in his thoughts that he did not notice how their German Shepherd Track and pit bull Gracie ran out of the house after Harper.

Track was the first to notice a couple of rattlesnakes in the tall grass by the car and tried to keep the girl away from them. And Gracie, who was late, immediately attacked the reptiles. By the time Rodney took out a shovel and hacked down the second snake, the pit bull had already dealt with the first one. But then Gracie abruptly disappeared somewhere and never returned home that evening.

The solution was found only the next day, when the dog returned with a monstrously swollen snout from snake venom.

“I think when Gracie was poisoned by a rattlesnake yesterday, she decided to run away to the steppe and die there alone, without causing anyone problems. An honest and noble act,” says Rodney.

But by morning the effect of the poison weakened and the dog returned to the owner. And the man jumped into an SUV and rushed with her to the vet. It worked out — although it looked scary, Gracie received treatment and recovered. And for little Harper, it was an important lesson.