As I saw my daughter off to school, I looked at the second-graders crowding around the porch and thought.

“How small they all are, laughing, teasing each other, repeating school rules and poems. And no one knows what any of them are really capable of.”

Today is a good time to remember how Sasha, an eight-year-old girl, stood under the concrete slabs in the cold water for an hour and a half holding someone else’s three-year-old in her arms. 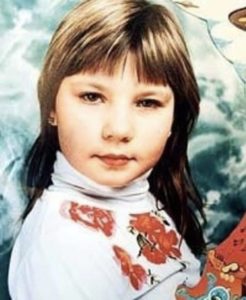 It happened on February 14, after the roof collapsed at the water park. Sasha found herself under the rubble up to her neck in cold water. She saw a three-year-old girl next to her who could not swim. Sasha soothed the little girl and held her in her arms until rescuers arrived.

Sasha described it this way:

“Suddenly something crunched above my head and a huge beam fell next to me. I dove down and saw that a little girl was going underwater. I realized that she did not know how to swim, so I grabbed her under the chest. I came up with her and started to comfort her.

That’s just an amazing little girl. Shoveling snow between the collapsed slabs, her mother looked for her, and when she found, wanted to help get out.

But Sasha refused:
-No mom, I can’t, I’m holding a little girl in my arms, if I let her go, she will drown.
– Sasha, put the girl and dive under the stove, they’ll come for her now – begged Lyuba.

Sasha did not agree.

She also responded to the rescuers, who put her under the stove and climbed out. It was only after the rescuers pulled the girl out by her hair that Sasha rescued herself.
The girl called her savior: “Aunt Sasha”.

Later it turned out that Sasha herself had a concussion and a broken arm. She held the girl for an hour and a half with her broken arm! With a broken arm she swam in the darkness under the slabs to save herself!

It helped that Sasha had been swimming since she was a little girl and felt confident in the water.

Sasha was awarded the medal “For the Rescue of Lost People”. The head of the Ministry of Emergency Situations gave her a computer, and the governor gave her a bicycle and a trip to a sanatorium on the Black Sea.

That day in the water park were killed 28 people, including 8 children, and 193 people were injured with varying degrees of severity (including 51 children).

But one little life was saved thanks to an eight-year-old girl.

Every year I think of that little girl and ask myself, “Could I have done that?”

– Mom,” Sasha asked, “can I tell my children about this when I grow up?