Connie Talbot, 17, has impressed her fans with how mature and stylish she has become. 12 years ago she was one of the most beloved contestants on Britain’s Got Talent. Despite the fact that the then 6-year-old girl did not win the project, she gained wide popularity. 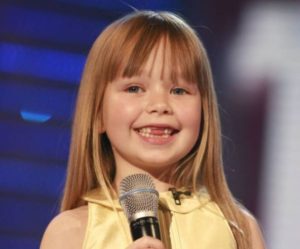 The little star of “Britain’s Got Talent” has turned into a real beauty.
Today, Connie Talbot is no longer the little girl without four front teeth, but a grown-up, beautiful and stylish girl. The singer captivates fans with her gorgeous blonde hair, blue eyes and trim figure. 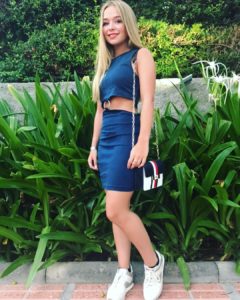 The girl was born on November 20, 2000, in the West Midlands. The whole world got to know about her when she became a participant of the popular show “Britain’s Got Talent” at the age of 6. Her fate in the project was watched by more than a dozen million people.

Unfortunately, the little girl could not win, losing to the 37-year-old tenor Paul Potts. This allowed the singer to sign a contract with a record company and even perform in front of the British Queen. 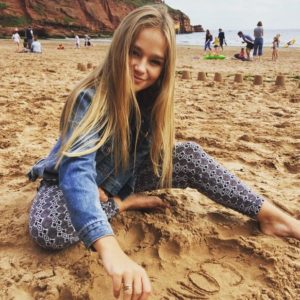 Meanwhile, the girl managed to record five albums before she was 16. It is known that Connie never took singing lessons, she just imitated the character Dorothy from the movie “The Wizard of Oz” performed by Judy Garland since childhood.

The girl was originally popular in Europe, Japan, and Korea. Later, she became revered in the United States as well. This led to a personal bodyguard being hired for Connie, and the family changed the city telephone number.

According to the British press, Connie’s voice and success helped her mother cope with the depression that was caused by the death of her grandmother in 2005.

The singer now lives in her hometown in England with her parents and brother and sister.

POSITIVE 0 14 views
Bobby and Kenny McCaughey already had one child, but they just needed one more