Twins have always been of particular interest to science. After all, on two, and sometimes three, identical people can be tested a huge number of different scientific theories, for example, to find out how a certain upbringing affects a person’s character. That was the experiment in the early ’60s, scientists conducted with the help of three twin brothers from the United States, who were separated at birth in the name of scientific progress. Only 19 years later did they meet by chance and learn the truth. 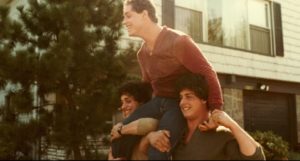 Robert Shafran was the first to hear from his brother. When he first came to the college, a lot of strangers greeted him as if they had known him for a long time. This seemed rather strange to him, but the most surprising thing was to come. One of his classmates named Michael Domnitz decided one day to ask Robert if he was adopted. Saffron was surprised by such a question, but answered in the affirmative, after which he heard the new acquaintance exclaim, “You have a twin brother!”

Michael was in good touch with Edward Galland, who, like Robert, had been adopted as an infant. When Saffron called Edward, he was astonished: it was as if he heard himself in the receiver. The boy’s shock only increased when he came face to face with the twin.

Soon the news of the reunion of the long-separated twins was televised, and David Kellman, the third twin brother, saw it. He quickly found Edward Galland’s phone number in the directory and called. Galland’s adoptive mother was both pleased and outraged by this “influx” of new relatives. The woman’s reaction was understandable: she knew nothing about her son’s brothers.

In fact, none of the parents of the twins knew that their children had brothers. The boys were separated six months after birth to conduct an experiment. Trinity was born to a teenage mother in July 1961. The girl the brothers met years later had gotten pregnant foolishly and didn’t want to have children, so she easily gave them up. Robert, Edward and David ended up with an adoption agency that agreed to help a group of researchers led by psychiatrist Peter Neubauer conduct a special experiment involving twins.

Scientists wanted to find out how the environment affects the formation of character, as well as what traits are inherited, and which people acquire during life. Well, in simple terms – what determines our character and behavior: nature or nurture. In those days, no special thought was given to the ethical side of this test. Therefore, there were no problems with the organization of all the processes of the experiment. 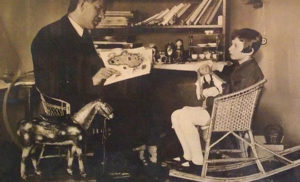 Robert, Edward, and David were placed with families of varying income and social standing. David was placed with a family that could be described as working class. Edward lived in a middle-class home; Robert was the luckiest, adopted by a powerful businessman.

After the reunion, the brothers became real celebrities: they attended TV shows and even starred in movies. They started living together and opened a joint business – a restaurant. And in the meantime, the twins’ adoptive parents tried to find out details about the experiment, but got little to no results. The research of Peter Neubauer and his team has not yet been published in full: only part of the results of the experiment became known thanks to one of his books. 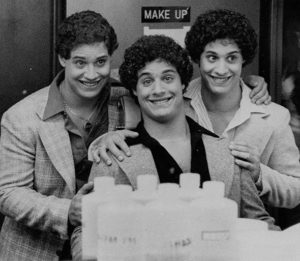 Over time, the relationship between the brothers fell apart. Robert left the business, and Edward, suffering from bipolar disorder, committed suicide in 1995. After his brother’s suicide, David and Robert became even more estranged, and they now live and work in different cities. They only temporarily became good friends with each other while filming a documentary called Three Identical Strangers, which was released in 2018.