«Mom, we can handle this, okay. Please go get some rest,» Travis lightly shouted to his 40-year-old mother, Alexis.

But Alexis’ heart refused to listen. She had raised her two sons alone and had never let them do anything because of her overprotective love for them.

The 15-year-old twins, Travis and Shaun, thought they were old enough to take care of themselves. Plus, they wanted their mother to start enjoying her life instead of always looking out for them, asking them to do this or not do that.

One day, Travis jokingly comes up with the idea of finding a partner for their single mom, and his brother agrees. Regardless of the consequences, the curious boys embark on a secret mission to surprise their mother with a blind date… 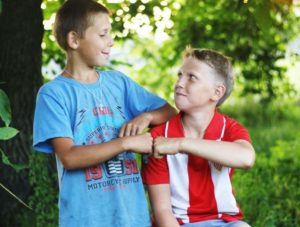 Alexis’ life has been a roller coaster. Her husband Ronald cheated on her with another woman. When she confronted him, he ruthlessly dumped her and their newborns, Travis and Shaun, and moved overseas.

For the past 15 years, Alexis has chosen to remain single and has devoted her time and energy to raising her sons. She wanted them to grow up learning to respect women and not become a replica of their father.

Travis and Shaun loved their mother. But the only thing that bothered them was the fact that she sacrificed all her time to raise them and thus denied herself a fulfilling life. They realized that their mother could still date, even though Alexis was very disapproving of the idea. 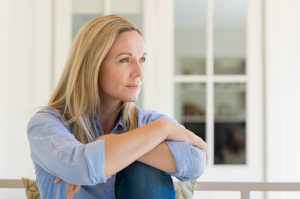 «But Mom, you’re not that old… ‘Too old’ has never been an excuse to date… Please say yes,» Shaun argued.

«Mom, look in the mirror. You’re not old. You’re 40, and age is just a number. Haven’t you ever read it or heard it?» added Travis.

But nothing convinced Alexis. She was afraid of what people might say and had pushed the idea away.

«Dating is not what single 40-year-old moms do, kids. Please, I don’t want to talk about this anymore,» she laughed and chased the thought away while hoping her boys would do the same.

A few days later, Travis and Shaun came home from school and saw their mother struggling up the ladder trying to paint the wall.

Alexis felt that the division of labor between men and women did not exist. Sometimes she did all the heavy work that required a man’s hand and was too exhausted by the end. She refused to ask for help and would not allow her sons to do any work because she felt that «it was not for them.»

Fed up with their mother’s stubbornness, Travis and Shaun decided to show her what real fun in life looked like. They immediately remembered their single teacher, Mr. Walker, who used Tinder, and came up with an unusual plan. 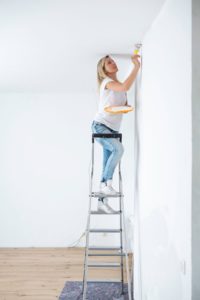 «Are you sure this will work?» doubted Shaun. «Dude, what if Mom finds out?»

«No, she won’t know because we’ll start texting each other only after she’s asleep,» Travis said as he installed the dating app on his phone and created a profile for his mom.

That night, Alexis turned off the lights in their room and sighed as she wished them goodnight. She had no idea her sons were awake and ready to press heart on their teacher’s Tinder profile.

The next morning, the boys woke up to a notification on their phones. There was a match! Their teacher had liked their mom’s profile.

Although Travis and Shaun were excited, a strange feeling of fear came over them. For a moment, they wondered if they were on the right track. They trusted their instincts and kept going.

Over the next few nights, they exchanged texts pretending to be their moms, not sure where it would lead. 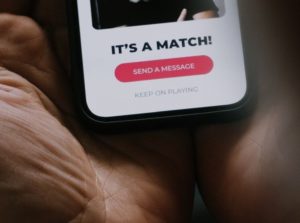 » Dude, did you see Mr. Walker? He was all smiles today… I guess he’s attracted to mom. But what if he finds out?» worried Shaun.

That evening, they were terrified when Mr. Walker said he wanted to meet Alexis at his favorite restaurant over the weekend. At that point, the brothers realized they couldn’t lie any longer.

They gathered all their savings and reserved a table at the restaurant where Mr. Walker wanted to meet their mother.

«Mom, hurry up. It’s getting late. We have to be on time,» Travis said. Alexis believed her sons when they told her they were taking her out to dinner, so she dressed up, assuming it would just be the three of them.

She was confused when her sons accompanied her to a table already occupied by a handsome, intelligent-looking man. 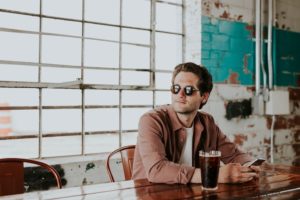 «Boys, why are we sitting at this table? It’s already occupied,» she grumbled. The boys looked at each other, trying to figure out how to explain to their mother what was going on. Before she could interpret things, Mr. Walker got up to help her with the chair.

«Travis? Shaun? What are you boys doing here?» he exclaimed, dragging a chair over so Alexis could sit down.

«Mr. Walker, I’d like you to meet our mother,» the boys said in chorus, while their mother looked even more puzzled.

«Me…thank you! Boys, what’s going on? Who is he, and why is he helping me with the chair?» she whispered.

Travis and Shaun then decided to come clean and started by apologizing. 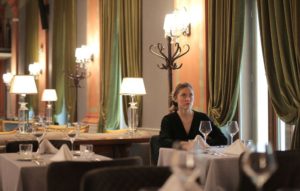 «Mom, Mr. Walker, we’re sorry we tricked you! » they exclaimed at the same time, startling Alexis and their teacher.

«Sorry, Mom, but we wanted you to know that you’re not too old to start a new relationship. So we created a profile for you on Tinder and set you up with our favorite teacher, Mr. Andrew Walker, who is also single,» Travis confessed.

«Yes, mom… We texted him… Mr. Walker, we’re sorry, but we thought you’d be a good partner for our mom,» Shaun added.

Alexis and Andrew were shocked and embarrassed.

«Mr. Walker, please forgive us if we did something wrong. But we like you, and you are still single….,» Travis explained.

After a deep thought, the professor smiled and indirectly approved of their action. Travis and Shaun looked at their mother, who smiled shyly after a few moments of silence.

«Thank you, darlings… You were right…age is just a number, and I’m not too old to fall in love again!» she said as she toasted the boys’ heartwarming surprise.

They enjoyed their dinner, laughing and joking about how it went. Gradually, Alexis and Andrew became good friends and started dating a month later. Travis and Shaun were happy to see their mom enjoying her life and never regretted what they did! 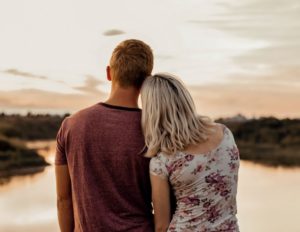