Ann Turner Cook is exactly that big–eyed baby from the jar of the famous Gerber baby food brand. Until the last days, this woman remained energetic and no less charming than in her distant childhood – when her amazing eyes so captivated the jury members of the competition for the best logo for the company.

This story began in 1927. One morning Mrs. Dorothy, wife of cannery owner Frank Gerber, said to her husband:

“Darling, I’m so tired of hand-mixing purees for our little girl every day! Maybe your business could start making not only tomato paste for adults, but food for babies?” 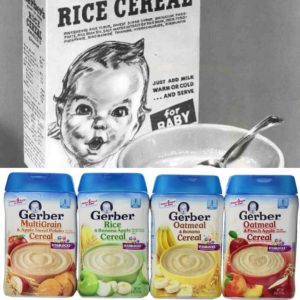 This is how the first five kinds of Gerber baby purees appeared, which soon became the most popular brand among mothers in America, and then in other parts of the world as well.

The advertising campaign was very well thought out and expensive. All that was left to do was to come up with a memorable logo that young mothers would like so much.

In 1928, a competition was announced for the best logo for a baby food company, and it was won by Dorothy Hope Smith from Connecticut, an artist and namesake of the wife of the company’s owner. She was the one who sketched this cute baby face on paper with the incredibly beautiful, huge eyes. But this wasn’t a made-up baby. Dorothy’s model was her neighbors’ daughter, five-month-old Ann Turner. 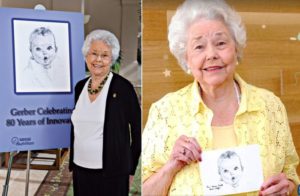 In submitting this simple black-and-white portrait for the contest, Dorothy made a note to the organizers:

“This is just a sketch. If you choose my logo, I will refine it.

However, the judges loved the simple baby face with the surprised look so much that they not only picked it out as the perfect logo, but also decided that there was nothing to be improved. Otherwise, the baby’s face would look glossy and artificial. Let there be naughty curls, bow lips, and grubby cheeks that look like they were stained with mashed potatoes.

The artist was paid $300. She sold the rights to Ann’s portrait to a baby food company. 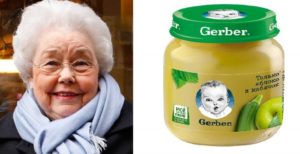 This baby’s face has been seen by millions of mothers and babies in America and other countries since the first months of their lives. And, of course, many wondered: who is this baby? There were even rumors that the jars depicted little Elizabeth Taylor. And some even thought it was a boy. However, neither Ann Turner Cook’s family, nor she herself did not seek to reveal the secret to the world. By the way, the girl from an early age knew that it was her face on the cans. But she never bragged about it because of her modesty. 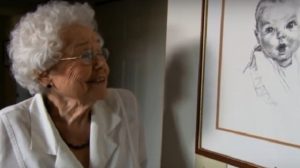 As an adult, Ann received her master’s degree and began working as an English teacher in a school in Florida. The charming, patient and kind teacher was much loved by the children. And so the years went by. Ms. Cook’s teaching career proved successful and she even ended up heading the department at Hillsborough High School.

It wasn’t until 1978, when Ann appeared on a popular talk show, that people learned who the image on Gerber cans was. Several interviews with local newspapers followed, but nothing more. She never aspired to publicity.

After her retirement, Ann Turner Cooke began to write books. She wrote several mystery novels. In recent years she was also among those who selected children for Gerber advertising campaigns. In 2018, for example, Lucas Warren, a toddler with Down syndrome, became the face of the company. 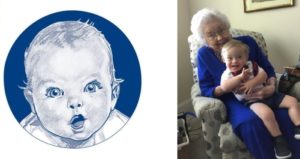 According to Ann’s son, his mother had always been active, cheerful and had a great sense of humor. Her life was cut short by an unfortunate injury. At the end of May she had a bad fall and ended up in the hospital. She passed away in early June surrounded by her loving family. It is said that she remained optimistic and even joked until her last day. 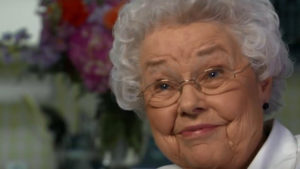