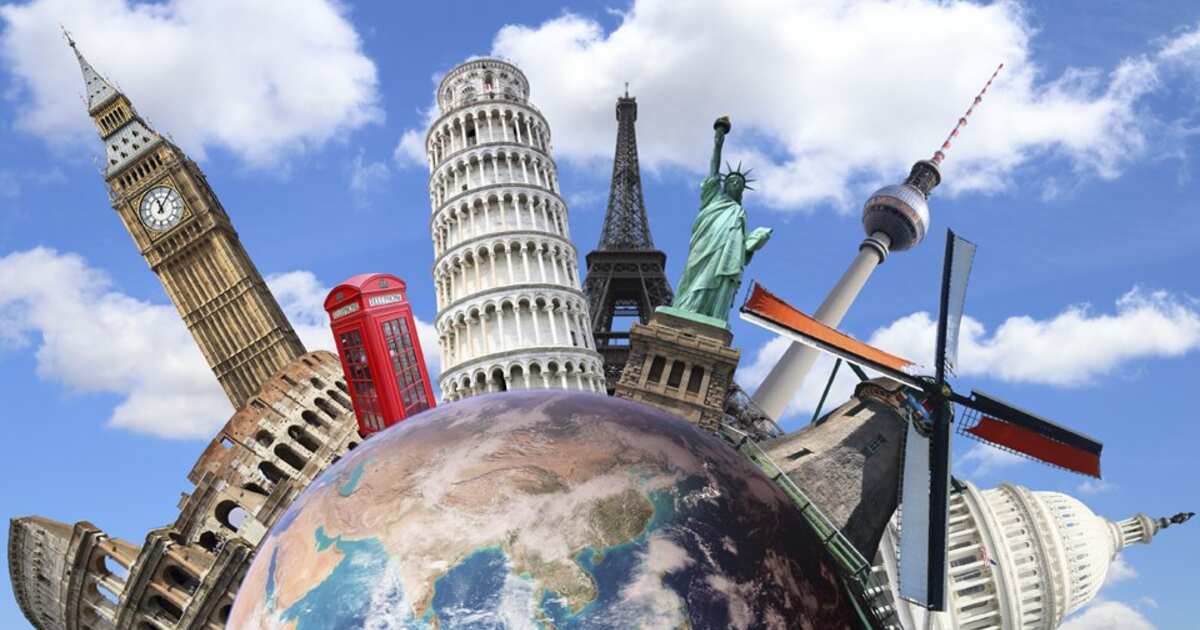 It turns out that not only people have duplicates, but also landmarks. For example, a copy of the Eiffel Tower is located in the Chinese city of Tianducheng, and the Golden Gate Bridge in San Francisco is identical to the April 25 Bridge in Portugal. Similar examples of sameness abound, just not all travelers are aware of it. Today we’re going to show the places that for some reason people decided to clone. We are sure that we can 100% surprise you!

1. The Tower Bridge in London and its duplicate in Suzhou, China 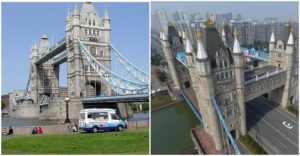 2. The Eiffel Tower in Paris and its replica in Tianducheng, China 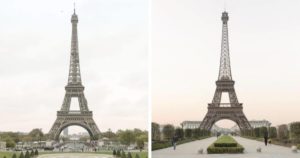 3. The Great Wall of China and the Ranikot Fort in Pakistan 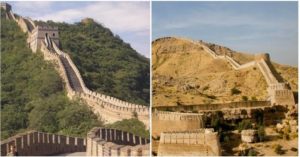 4. The Colosseum in Rome and the Amphitheatre of El Jem in Thysdrus 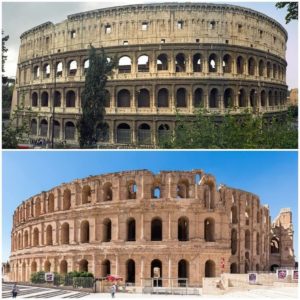 5. Golden Gate Bridge in San Francisco and the 25th of April Bridge in Portugal 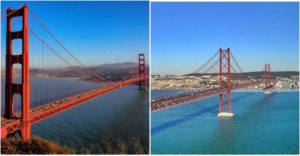 6. Burj Khalifa in the UAE and Tokyo Skytree in Japan 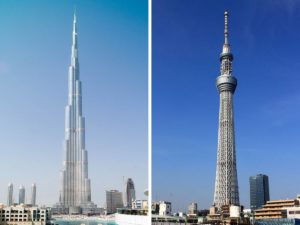 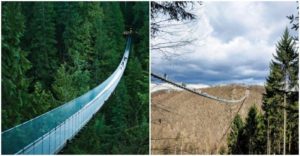 8. Hephaestus temple in Athens and Penshaw Monument in England 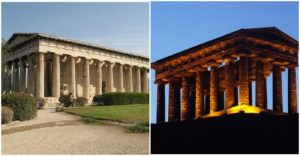 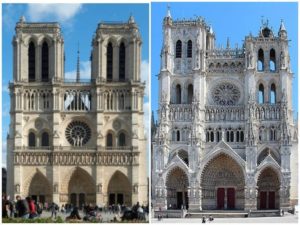 10. Venice and Aveiro in Portugal 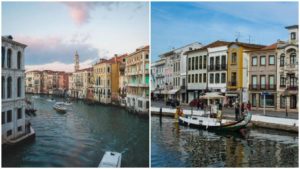 11. The Statue of Liberty in New York and its replica in Japan on Odaiba Island 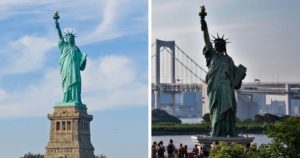 12 Taj Mahal and the Bibi ka Maqbara in India 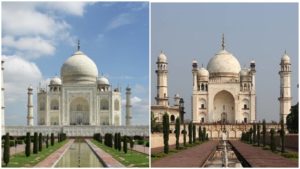