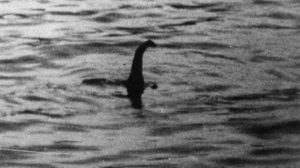 For a long time the myth of the existence of a certain huge monster living at the bottom of the Scottish lake Loch Ness has stirred up not only the British and Scots, but also people all over the world. There were many eyewitnesses who allegedly observed with their own eyes a huge creature, and later appeared even a photo of it, though of dubious quality. However, just recently the author of the picture has admitted that it was just a hoax, disappointing all fans of Nessie. 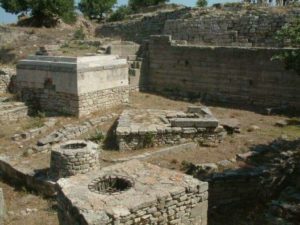 Who does not know about Homer’s famous poem, The Iliad, which describes the existence and greatness of the city of Troy? Hardly anyone in the civilized world is unfamiliar with this literary masterpiece. But as it turns out, the story of Troy goes beyond the fantasy of the ancient Greek poet – it turns out that the city really existed, as evidenced by the discovered remains. One is left to wonder whether the Iliad as a whole is fictional in such a case, or is it a poetic description of events that really happened?

3. Witch Circles in the Namib Desert 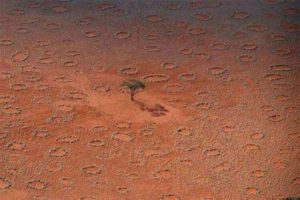 Huge mystical circles, the formation of which was attributed either to aliens or radiation, have long been a mystery to people. But everything turned out to be much easier to explain – it is the result of the actions of ordinary… termites.

4. The Curse of Tutankhamun 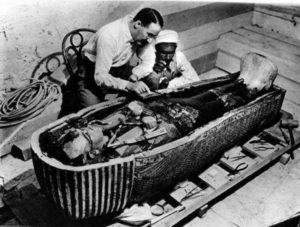 The tomb of Tutankhamun has long been shrouded in mysticism and mystery. It was believed that it was forbidden to enter, as the place was cursed. Anyone who disturbed the pharaoh in his afterlife would be severely punished.

And indeed – several people who entered the tomb died afterwards, which cemented public confidence in the existence of the curse. But this myth was also debunked – it turned out that the cause of death was a fungus that had been living in the tomb mold for so many thousands of years and had gotten into the lungs of the expeditionists.

5. Moving stones in the Valley of Death 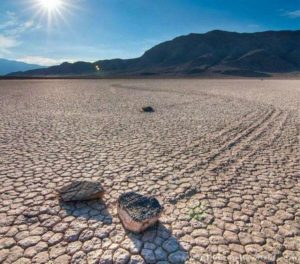 The frightening fact that the rocks move on their own in the desert has long caused bewilderment and mild creeps among tourists and more. But there is nothing to be afraid of – scientists explained this by the fact that a light crust of ice forms on the surface at night and a strong wind moves the rocks, forcing them to “slide.