In today’s bars you can find a drink for every taste. And if you can’t find one, you can make a cocktail. We are used to the fact that there is always a large selection of alcohol on the shelves, and we can not imagine that not so long ago (by the standards of history) it did not exist. Back in the day, our ancestors drank very different drinks. Many of them you would find disgusting and others you would want to try.

In ancient Greece, kikeon was a general description of potions with “magical effects” used for rituals. It is still a mystery exactly what the kikeon recipe was, but scholars agree that it consisted of a mixture of barley, wine, and cheese. And the grain was moldy, treated with something that gave a psychedelic effect for trance-like immersion. 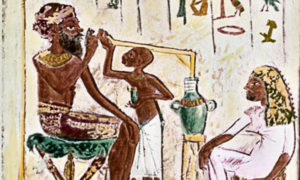 Another drink, along with kikeon, with a mysterious recipe, about which there is still controversy among historians. The papyrus of the pomegranate, grape, or a mixture of the two was described on a papyrus of the pomegranate. On the papyrus with the description of shedeh, it was indicated that it was a filtered and heated drink. We can assume that thousands of years ago the Egyptians drank hot wine to reduce (oddly enough) the effects of heat on the body. Shede was intended for the pharaohs and the nobility close to them. Ancient Rome loved wine, having received a craving for the drink from the Greeks, as did much of its culture. One of the most common alcoholic drinks was poska, wine diluted with musty wine or vinegar made from spoiled wine. This “cocktail” was drunk by ordinary Roman citizens and soldiers. For the most part, it was consumed to quench thirst rather than to get drunk or enjoy the taste. Spicy herbs were added to the poska to improve its taste. Among the officers of the Roman army there was a kind of initiation rite where they drank the poska with the common soldiers, thereby showing their closeness to the common soldiers. 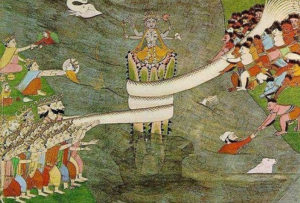 Soma is often mentioned in the Rigveda, a collection of ancient Indian religious texts. Less is known about it than esotericists allow themselves to speculate. To summarize, we can say that soma was an intoxicating beverage of plant origin and had a hallucinogenic effect.

The Rigveda describes the preparation process: soma was squeezed from the stem of the plant of the same name (no one knows what kind), mixed with milk and water. Then they drank it and had visions: there was no television yet, people survived as best they could. 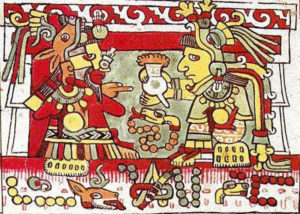 The ancient inhabitants of Mexico were great entertainers, leaving behind more mystery than historical fact.

In the case of pulque, we can definitely say that it is the direct ancestor of modern mescal and tequila. It was made by fermentation, not distillation, from certain varieties of agave.

Historians claim that pulque came into use at least four thousand years ago, and was actively used at religious festivals. 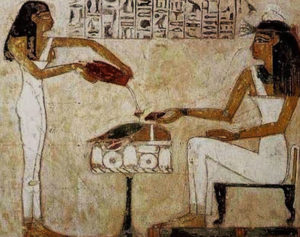 It would seem that this is a familiar drink. How can ancient Egyptian beer differ from modern beer?

Everything. In fact, it was not so much beer as soup. It was part of the daily diet of all, from small to large, and was used for satiety, not drunkenness.

It was made from fermented barley and yeast, and it was thick, dense and hearty. Apparently, it was a soup with only a fruity flavor and little alcohol.

The oldest known records of ancient Egyptian beer date back to 3,000 B.C. 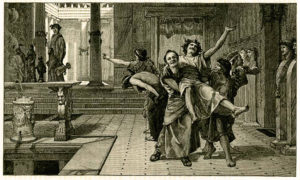 Antiquity and ancient Rome again. Thanks to conquering expeditions and the ability to trade, the Romans had access to the best wines from all the world known at the time. And the best wine was considered to be that of Falernes.

Pliny the Elder mentions that Falernian wine was aged for 15 years and contained a high percentage of alcohol. Moreover, it was so strong that it could be set on fire.

I see no reason why Pliny would exaggerate, but no wine without distillation could be set on fire. So even in this case there is more mystery than fact. 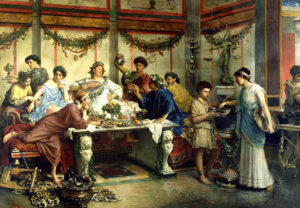 Ancient Roman konditum was a spicy wine sweetened with honey and seasoned with pepper. Konditum remained popular right up to the end of the Roman Empire, all the way to Byzantium.

The recipe for konditum has been preserved in the cookbooks of that era. It was recommended to travelers because it could be stored almost forever. 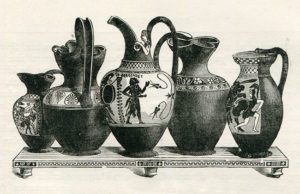 Love Scotch aila with its peaty, leathery and smoky flavors? – Perhaps you would also like ancient Greek retsina. Its main distinction was its turpentine flavor thanks to pine resin. The resin was added purely as a preservative, not for gourmet purposes.

Retsina has been known for at least 4 thousand years, and from Hellas it successfully made its way to Ancient Rome and even to modern times.

POSITIVE 0 39 views
Vita Cresswell lived with her lovely family in Seaton, Cumbria, England. She and her

POSITIVE 0 44 views
Since childhood, birthdays are considered the best holiday, both for children and adults! On