Many of us grew up singing nursery rhymes and often passed them on to our children. Whether your favorites were Humpty Dumpty or Wheels on the Bus, they were always funny.

One precious little girl won the hearts of millions with her rendition of “Old MacDonald.” Josie is an adorable two-year-old girl who loves animals as much as any other toddler. Her parents even bought her a puppet toy that has animals from the barnyard instead of fingers. 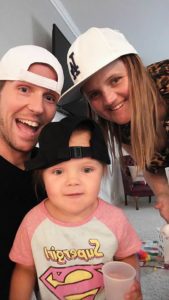 A girl stands in the doorway of her parents’ bedroom and sings a sweet rendition of “Old MacDonald. She only knows half of the lyrics of this song, and she doesn’t even know the name of the actual song. But it involves making lots of animal sounds, and she has those down pat, and that’s good enough for her! 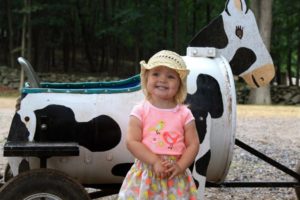 The tiny girl does her best at singing the song word for word, even putting her own little spin on some of the characters. 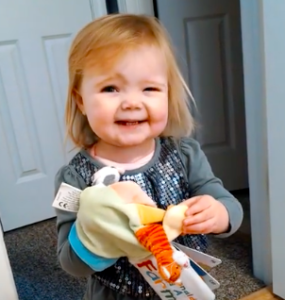 Her smile could brighten up any room, the whole time the little star is singing she has a shinning smile from ear to ear. The last animal she sings about is a ‘little duck’, and it’s quite the grand finale. Her father who’s filming her lovable performance can’t help but let out some laughs when she gets toward the end of her singing.