At first, when you find yourself on these sun-drenched red plains of Australia and see a landscape that is not particularly rich in buildings and completely “clean,” it seems like a completely lifeless place. But in fact, it’s home to a stunning, mysterious little town called Coober Pedy.

And what makes it special is the fact that this city is underground. 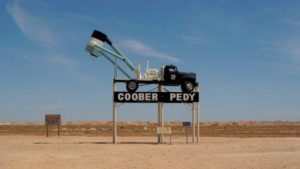 There are no trees, and the sun burns with relentless force. But there are kilometers of tunnels under the ground and rooms furnished as in ordinary houses. 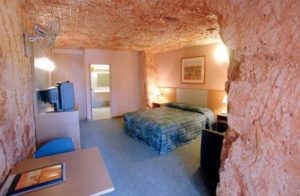 The inhabitants of the South Australian town of Coober Pedy have been living and working underground for 100 years, earning their living by mining opal, a rainbow-colored gemstone.

The surroundings of Kuber Pedi are monotonous: red sand hills stretching to the horizon. Once here, you might think it’s a ghost town. But in fact there is life here, only not on the surface, but underground. There are underground bars and restaurants. Locals attend churches and raise children. 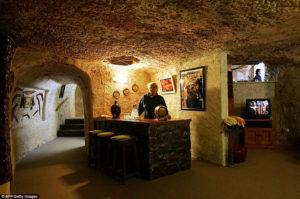 There is nothing special about the inhabitants of this modern dungeon: they are the most ordinary people who simply live differently.

Since 1915, people from all over the world had flocked to Kuber-Pedi to get rich or start a new life by mining opals. These gems were believed to have magical powers. Many were indeed fortunate. Rumors about the possibility of such enrichment quickly spread all over the world. Many seekers of miraculous gems began to bring their families here. Children began to be born in the underground city. Today, people of more than 45 nationalities live here.

Temperatures on the surface of the ground here often reach 40 degrees Celsius, and drop to sub-zero levels. But the real scourge of the area is dust storms. For generations, the locals have learned to protect themselves from discomforting weather conditions by building their houses dozens of meters underground. And even the prayer house, decorated with sparkling stained-glass windows and biblical scenes carved on the walls, is located in a dungeon. 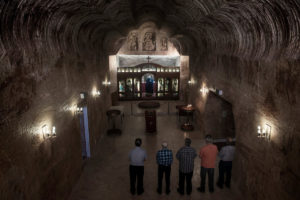 Local miners work in narrow, dark mines with only flashlights. Sometimes when they drill through the walls, dim rays of light illuminate the darkness, a reminder of the outside world. However, not everyone manages to find the precious stones. Sometimes a lifetime passes in a vain search. There are those who became millionaires and squandered their fortune, either through bad investments or simply indulging in a life of idle luxury.

The tradition of opal mining is now gradually dying out, and with it the city is falling into decay. Teenagers and young people want more stable and secure jobs. Nevertheless, many still live underground, hoping to find the coveted rainbow-colored gemstone 30 meters below the surface. 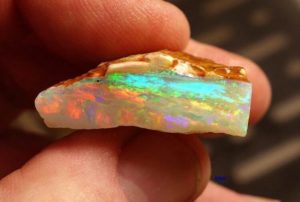 In today’s world, Kuber Pedy has long been a major supplier of opals. However, people come here not to look at the gems, but to see the strange dugouts, the dwellings of the people who live here.

The city’s name means “white man’s hole,” an expression that appeared here as early as the 1920s. 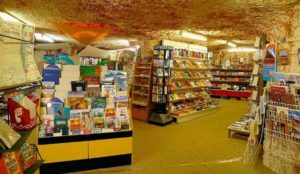 Definitely, you should also visit the underground bar for a drink with friends.

And afterwards, go upstairs and play golf on a specially equipped course. 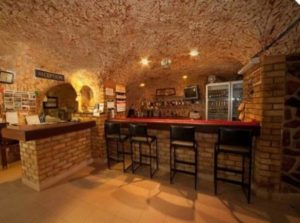