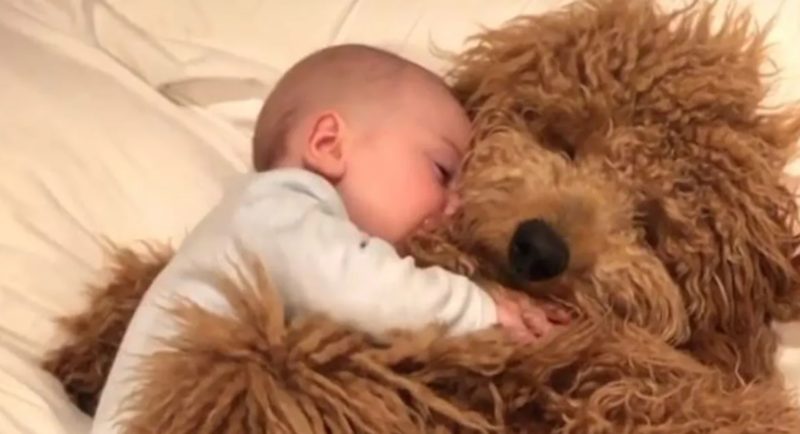 There’s always going to be a question of how your animal will react to the arrival of a new baby in the house. Especially if your fur baby is used to being your one and only priority. With dogs in particular, it can be a long process before you may be able to trust them around your baby. But when that day comes, it will likely be a beautiful relationship. 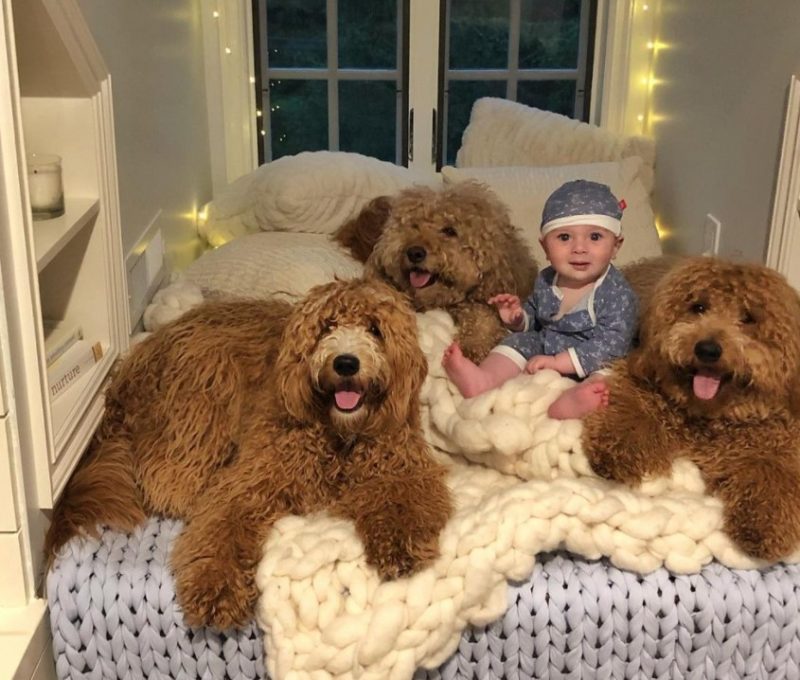 But no relationship is sweeter than the connection between one goldendoodle and his baby best friend . These two truly have an unbreakable bond. And we just had to share it with everyone.

Samson the six-year-old Goldendoodle lives in Westport, Connecticut, with his human parents, Jessica and Alex, Theo the baby, and two more Goldendoodle brothers. 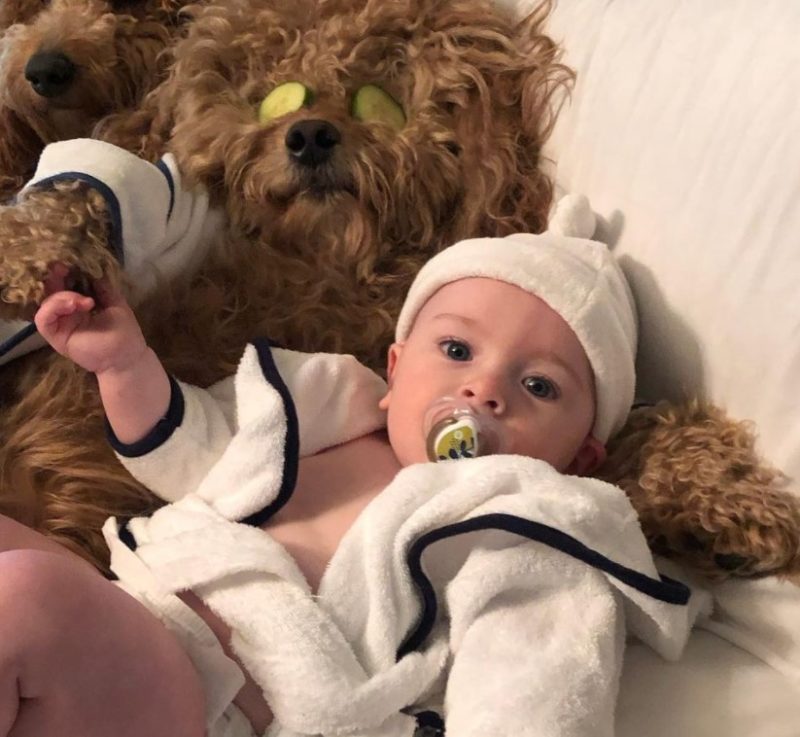 “We think people just want to see heartwarming stuff these days as a break from what’s going on in reality.”

Apparently, it’s a regular occurrence for Theo to cuddle one of the pooches, but he always splits his time up fairly between the three! He’s been snuggling up with “one of the three pups for a 15-30 minute nap a day,” since he was around three months old. Samson has also always been a cuddly kind of dog.

“Samson used to cuddle his bear,” Alex and Jess said. “Sweet to see him cuddle our baby now.” 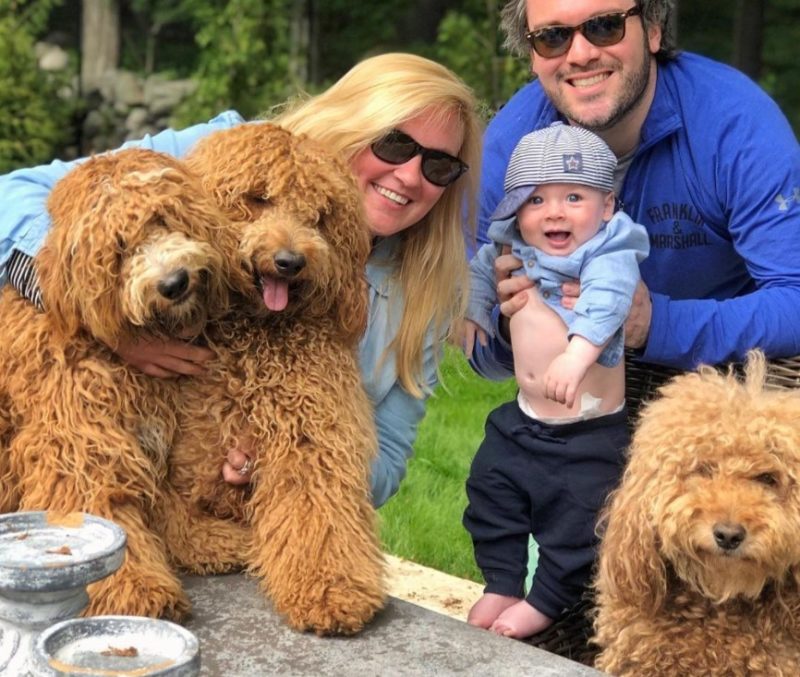 POSITIVE 0 34 views
Bobby and Kenny McCaughey already had one child, but they just needed one more

POSITIVE 0 59 views
Ira at her 29 years of age had not the best baggage: a failed

POSITIVE 0 61 views
When we grow up, life teaches us that we must work to earn a