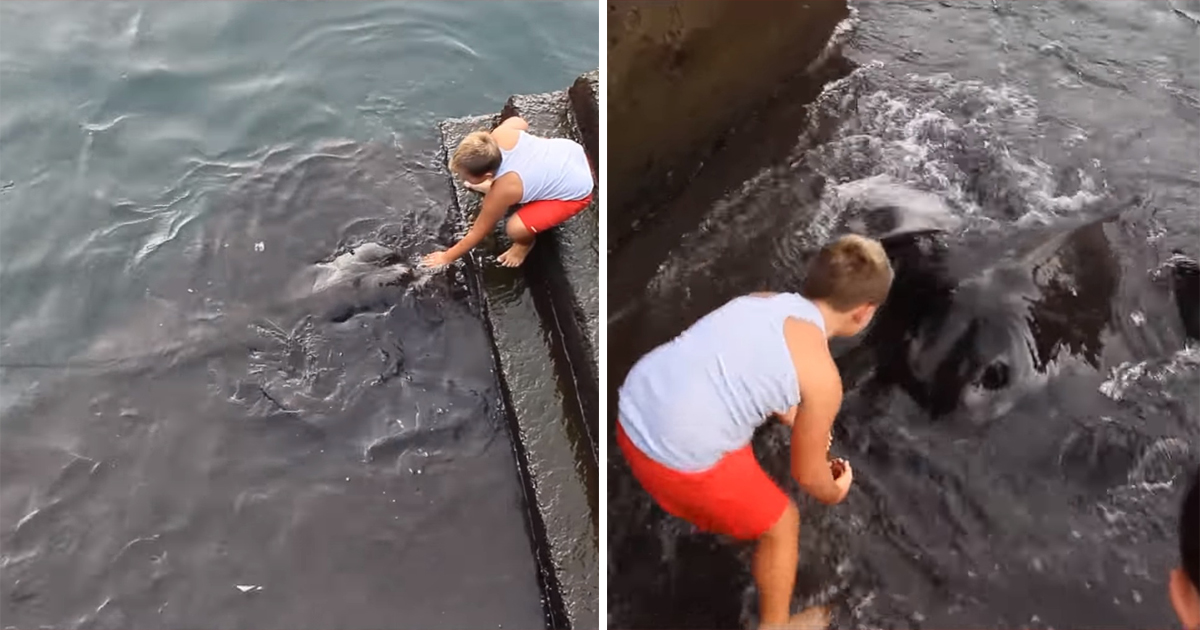 It’s amazing how readily some kids can form deep bonds with the animals they encounter in their lives. This is evidenced by how fiercely devoted a pet is to its small human when the two are raised together. This makes perfect sense with domestic animals, but what about wild ones? Well, the video of this little boy bonding with a gigantic stingray just proves that wild or domesticated, almost any animal can bond with a human.

Joel is a little boy who lives in the village of Valle Gran Rey in the Canary Islands. Many of the residents of the area spend their time fishing from the steps of the village harbor. Anything they catch that’s not their intended target. They toss them back into the water and this, of course, attracts all manner of other sea creatures, including stingrays.

There is one resident of the harbor waters that you can’t miss; a massive stingray.

Amazingly, the enormous creature has formed a tight bond with his best friend, little Joel.

Every morning, Joel gets up and heads down to the harbor steps to say hi to his colossal-sized friend. And each day the stingray surfaces to get a loving pat on the back from his little buddy. 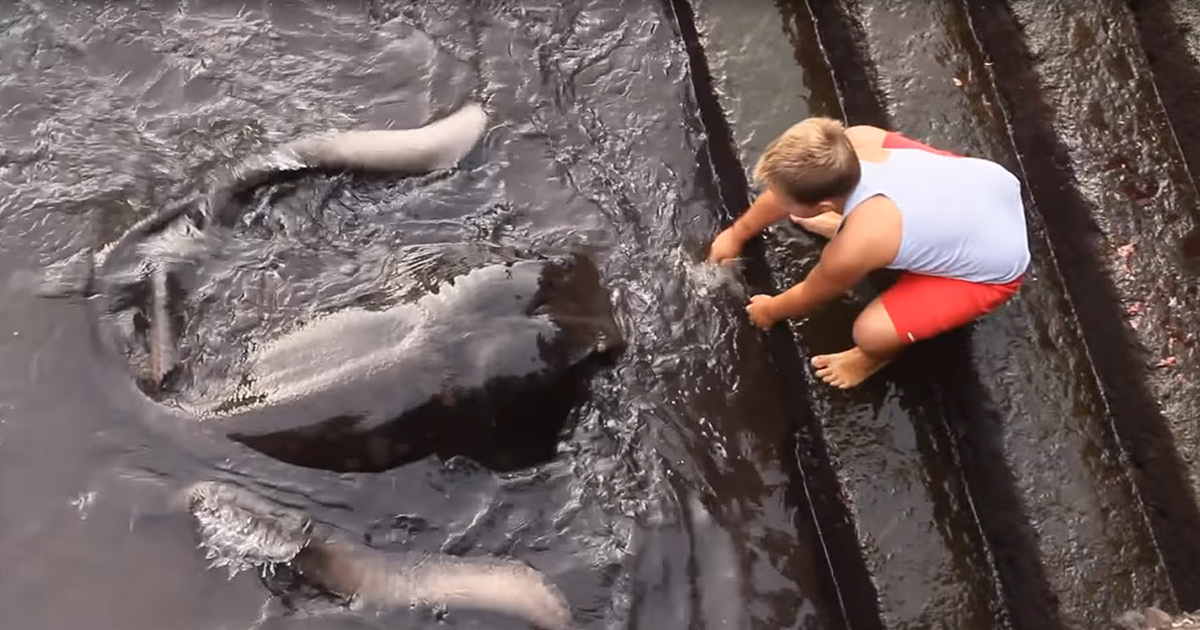 One morning Joel was carrying out his normal greeting routine with the stingray when someone decided to get the unbelievable friendship on video.

In the video, it shows Joel walking down to the water’s edge with one of his buddies in tow. Joel sticks his hands in the water and starts splashing them around for a moment.

Within seconds the stingray surfaces to say hello and Joel immediately reaches out to pat him on his humongous nose.The sea creature stays still while his little friend lovingly pets him. There is no question that it’s a heartfelt and friendly interaction between them, and Joel is in no danger.

After a while, some fisherman float up on a boat and hand Joel a box of shrimp to feed the stingray with.
Joel’s giant sea buddy is more than happy to take all the tasty fresh shrimp off the little boy’s hands. Joel continues to feed the stingray until it is completely satiated. Once full, the benevolent sea creature hangs around a little longer so that Joel can give him a couple more pats on the head before sinking back down beneath the water.

POSITIVE 0 5 views
Unfortunately, not everyone manages to become parents just when they want to. Situations are

A cute kitten was given as a gift, but he grew up to be a funny, big-eared animal
What could be cuter than a small and fluffy kitten in the house! So
ANIMALS 0 49