A music student decided to practice singing at home. She had only managed to sing a few verses when suddenly a cat came into the frame, sat down in front of the microphone and showed her how to do it. 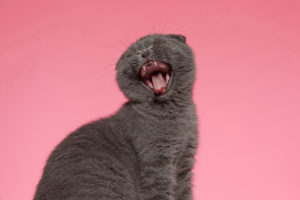 Maura is not only a student, but also an opera performer. That evening the girl was practicing just before the upcoming concert and was learning her part. True, she did not practice for long: Maximino, the cat, appeared in the frame almost immediately. He took over the solo part completely. The cat didn’t just meow, but really hit the notes and even kept the rhythm. At first Maura tried to stop the cat. But then she was impressed by his talents and continued shooting the video.

Cats have developed most of their sounds specifically to communicate with humans. Not surprisingly, the pet living with the singer repeats after her.