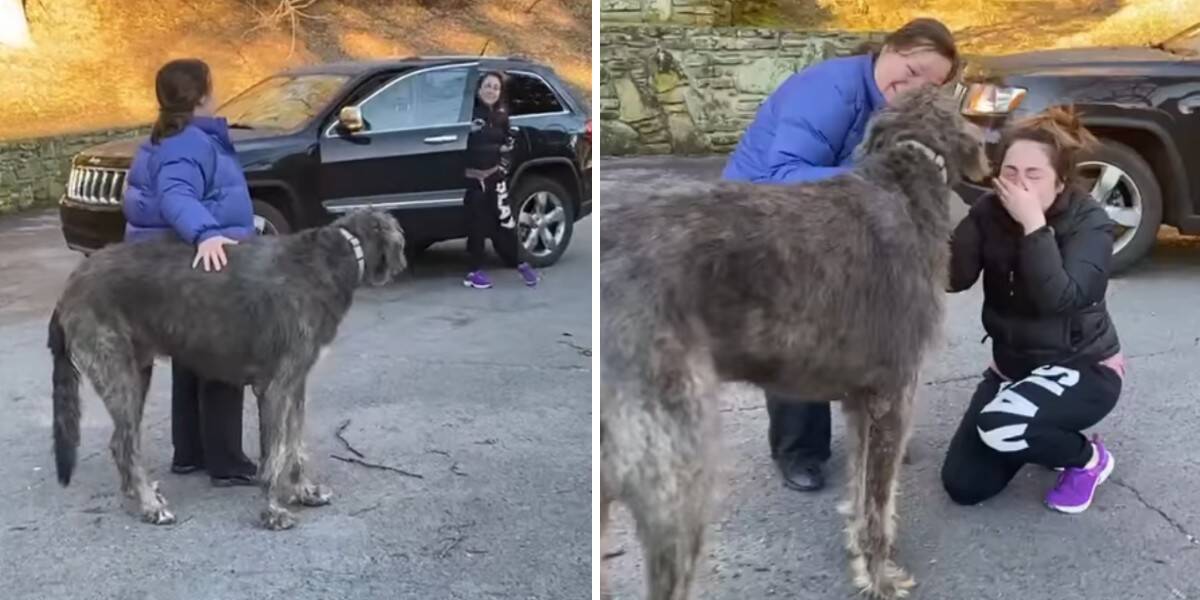 Meredith McKay Luckett was in the car with her family and furry friend Fergus when another car crashed into them. Fortunately, no one was injured, but after the impact, the 200-kilogram Irish wolfhound disappeared. Soon everyone got out of the car and started looking for Fergus.

“Within seconds my dad had already hopped out of the car and was trying to find him, but he was just gone,” Meredith McKay Luckett told. “As you can imagine, he was scared out of his mind, so he just bolted.” 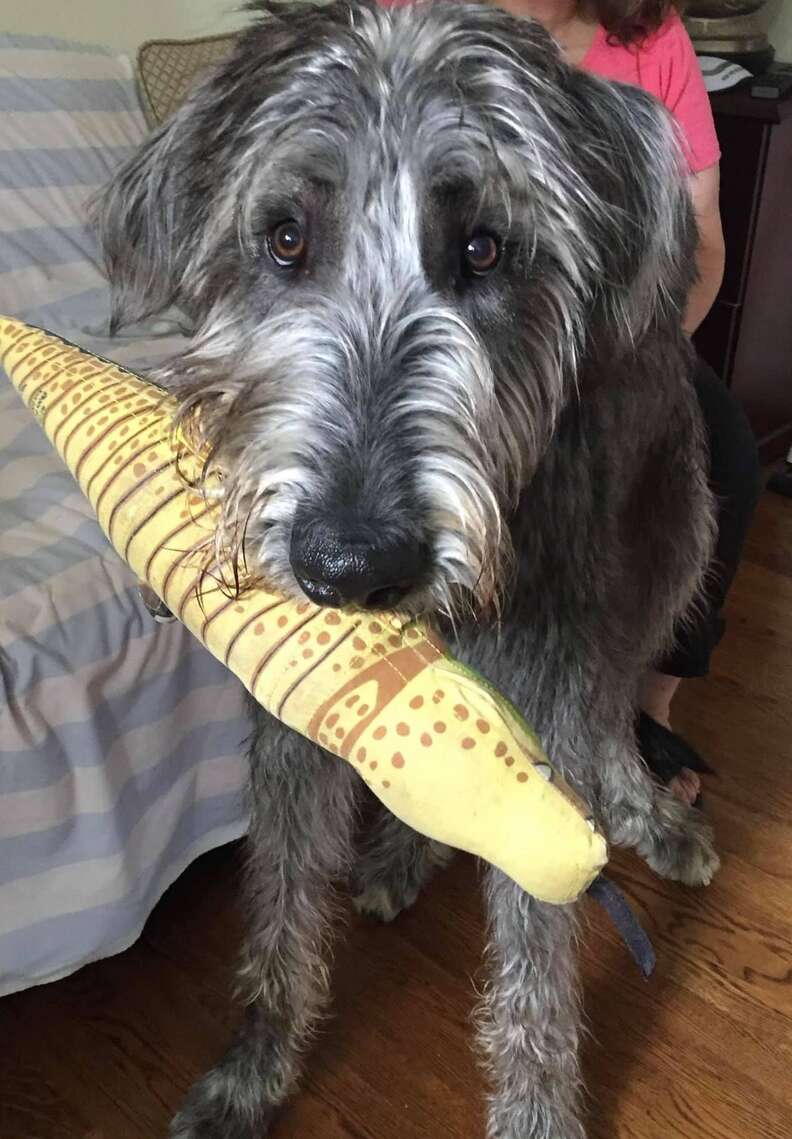 The frightened dog was nowhere to be seen. But his family didn’t give up. They alerted the entire community, and in less than an hour, their neighbors, friends, and even strangers tried unsuccessfully to find Fergus.

“Within 30 minutes of the accident happening, people were trolling the whole area trying to help us find Fergus,” Luckett said. “We had rescues involved with feeding stations set up and we were doing everything we could to follow leads.” The days stretched on without a sign of Fergus, but the community refused to give up hope. “At any given moment, within two miles of the accident site, cars were driving with their flashers on and going slow,” Luckett added. “It was incredible.”

Then, on Wednesday morning, just as hope was dwindling, Luckett received a call.

“I was still asleep when my phone started buzzing and they said, ‘We have your dog,’” Luckett said.

Luckett was flooded with relief knowing that her family’s loving pup was finally safe. But the most emotional thing was later. Meredith drove up to reunite with her friend, but when she finally saw him, the moment was too overwhelming for her. She broke down in tears when she finally saw Fergus again. Fergus joined in, snuggling into her shoulder and howling happily in return. POSITIVE 0 51 views
For everyone, home is the place where they feel truly safe, calm and in