Vita Cresswell lived with her lovely family in Seaton, Cumbria, England. She and her other siblings, two sisters and a brother, were very close to their grandmother, Martha Wallbank, who was a single parent to their mother, Veronica Cresswell.

Being a single parent, Martha was said to have worked three jobs to support her daughter. In addition, Vita said that her sweet grandmother had cared for her and her siblings when they were children, taking them on long walks and spoiling them with her tender love and affection. 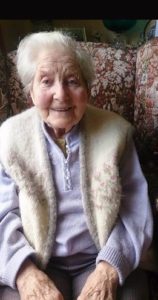 Vita noted that Martha was originally from Yorkshire, but lived at Kirkland Bungalows in Cockermouth, Cumbria, until she turned 98. After that, the loving grandmother began living at Solway House care home in Maryport.

The Seaton woman said she and her siblings adored their cheerful grandmother, who meant the world to them and was a big part of their lives. Vita added:

“We are all very close and I am fortunate to live closer to her, so we spend a lot of time together.” 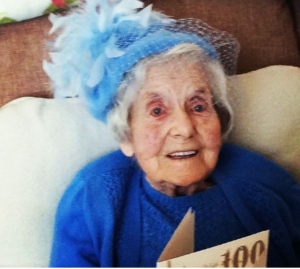 When Vita decided to marry the love of her life, she knew she had to share the news with her beloved grandmother.

After hearing that her beautiful granddaughter had decided to settle down with her partner of eight years, Martha had an adorable response. Vita recalled her granny’s exact reaction: 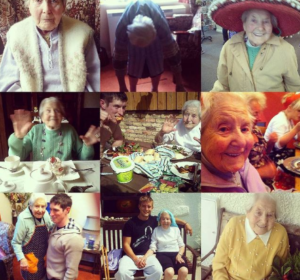 Vita and her then-fiancé, Gary Whineray, 31, said they didn’t want their big day to be just for them, so they came up with a plan. The couple decided to celebrate their wedding on her grandmother’s birthday.

You may be wondering why the couple chose Martha’s birthday as their wedding date. Here’s what Vita had to say about it:

“We were wondering how people choose dates, so we decided to choose my grandmother’s birthday. Then she just said, ‘I’m the maid of honor, right,’ and we thought why not and went with it. It was really nice.” 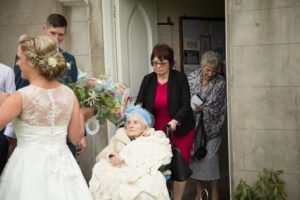 The beautiful maid of honor

When Vita, then 29, walked down the aisle, her proud grandmother was not only a very special guest, but also her maid of honor.

Martha wore a vintage cream coat and a light blue hat adorned with lace and feathers.Gary and Vita recalled that their cheerful grandmother stole the spotlight and emerged as the life and soul of the celebration on her special day. 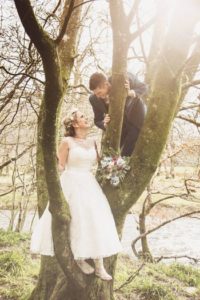 According to reports, Martha selected all the songs for her granddaughter’s big day and even chose the post-wedding meal. Vita recalled:

“It couldn’t have worked out better. She had her corsage in the same colors as the other bridesmaids. She was singing, laughing and waving to everyone.” 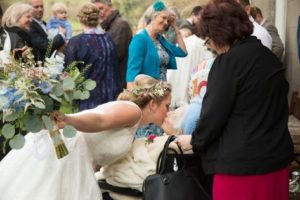 After the Cumbria couple were married at Lorton Church, the priest made a special announcement. Soon after, the guests sang Happy Birthday to Martha.

To their relief, Vita and Gary said they had had a memorable day and everything went perfectly. 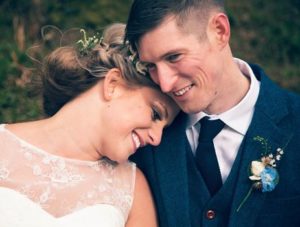 In love with the groom

At one point, the couple was concerned that Martha, who was relatively healthy except for some memory problems, might think she was the bride because she was in love with the groom.

Vita revealed that her grandmother loved Gary and loved him dearly. She said that they shared a beautiful connection and that Martha teased Gary about his health. 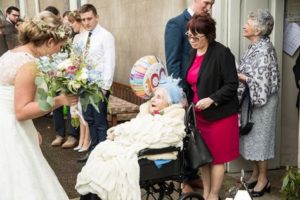 Looking back on their happy day, the couple said they had a spectacular time. But what pleased them was that their lovely grandmother had an unforgettable birthday, sporting her bridesmaid look.

In addition, Martha set a record that day. As reported by Daily Mail, she became the oldest bridesmaid in the UK in 2016, the same day she turned 100 years old.