Amazingly, practically in the middle of Germany, in Brandenburg, there are tropical islands. Yes, yes, a beautiful lagoon with clear water and snow-white sand, with palm trees and exotic birds chirping on the shore! But the most amazing thing is where exactly this miracle is located.

Tropical islands are located in an ordinary hangar. The only thing that used to be remarkable building, it was its enormous size. After all, it was a boathouse for airships. Its length was up to 360 meters and width was 210 meters. 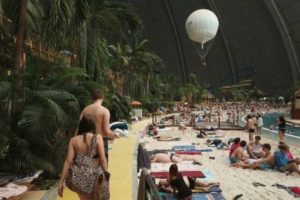 The hangar used to belong to Cargolifter AG. In the mid-1990s, its owners wanted to revive the production of airships for the transportation of oversized cargo. However, the idea did not justify itself, and the firm went bankrupt. 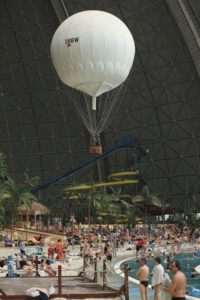 The giant hangar would have remained empty if the Malaysian concern Tanjong hadn’t laid eyes on it. 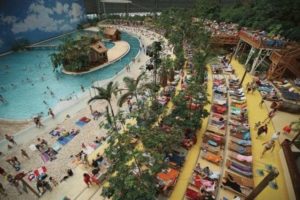 With money from Asian sponsors, a unique recreational park with its own microclimate was built in a former hangar. The pools were equipped in the style of natural reservoirs, and tropical vegetation was planted around them. 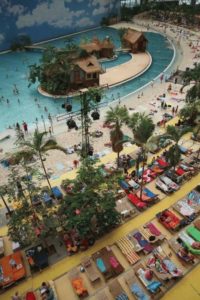 The hangar is a real jungle! And in addition, the tropical forest has been populated by exotic birds! And the amusement park is inhabited not only by little birds, but also by graceful pink flamingos. 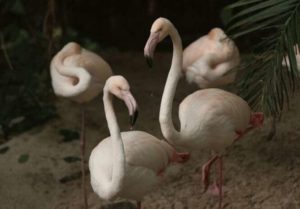 Here you can also meet tropical insects! Thank God they were not released into the wild, though. If you wish, you can admire the bugs through the glass of special terrariums. 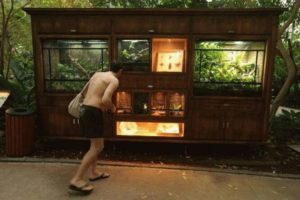 The equipped park was named “Tropical Islands” and can accommodate up to six thousand visitors at a time! 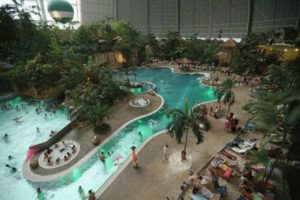 Those who can’t get enough of a day to enjoy the tropics can stay here overnight. The complex is equipped with its own hotel. 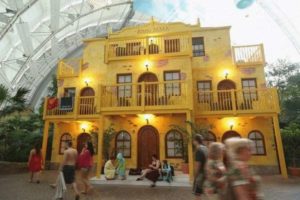 At dark, the pools’ water is illuminated by a bluish glow, giving the event a unique atmosphere. 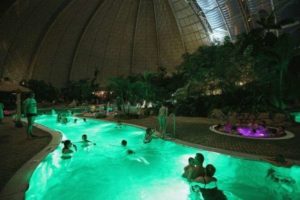 There are several first-class bars and cafes, which are styled as tropical huts. 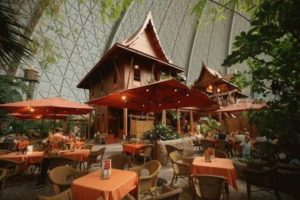 To remind visitors that they are still in Germany, an entire village of half-timbered houses was built along the walls of the hangar. 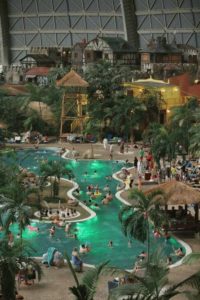 Children have a special playground here. Several playgrounds were built for them, where kids can frolic both on land and in the water. 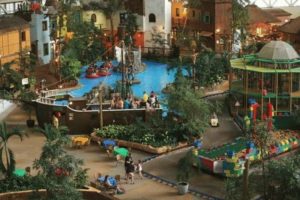 For those who like to rest “savage” here is even provided for tent camping! 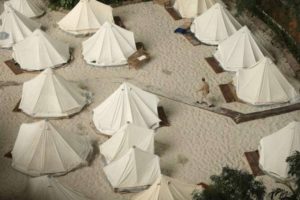 The same conditions are maintained indoors all year round. Even if it’s winter outside, Tropical Islands will delight its visitors with a temperature of 26 degrees.