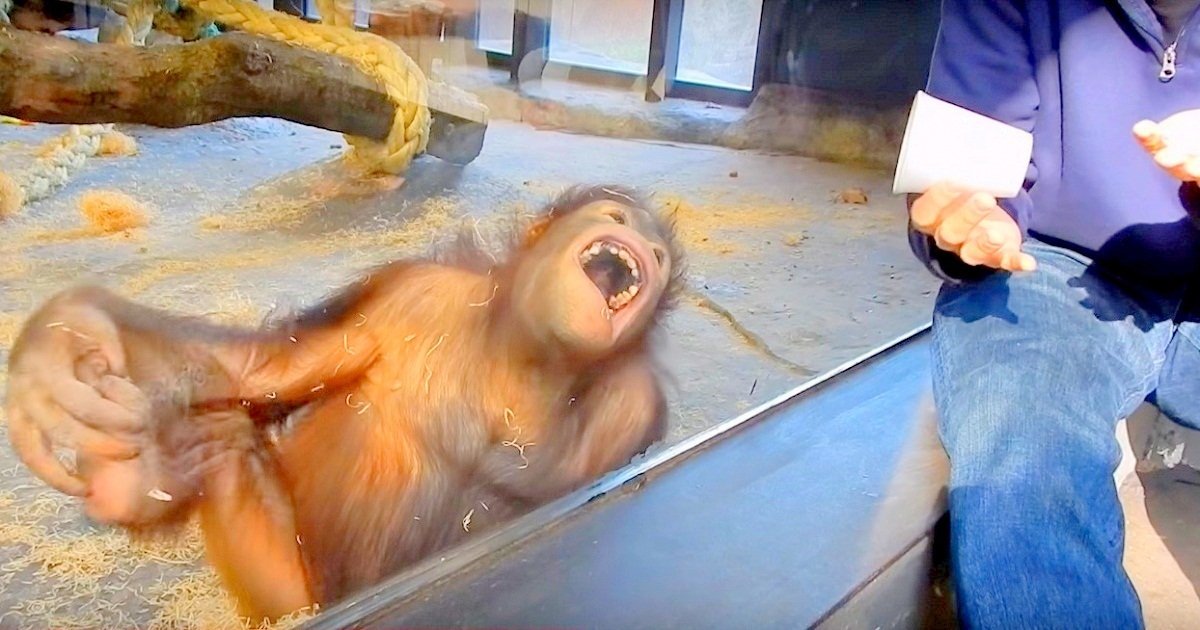 Some people go to the zoo to look at animals. And this man is to entertain them. Dan Zaleski, a resident of Meriden, Connecticut, decided to demonstrate a simple trick to an orangutan from the Barcelona Zoo. He certainly did not expect such a reaction from a primate! 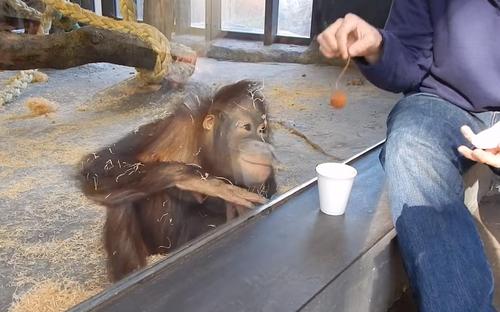 At the beginning of the video, the man shows the monkey an empty glass, and then drops the seed into it. The primate is watching this closely. Then the man shakes the glass several times, while imperceptibly removing the plant from it, and shows it to the orangutan. The glass, of course, turns out to be empty. 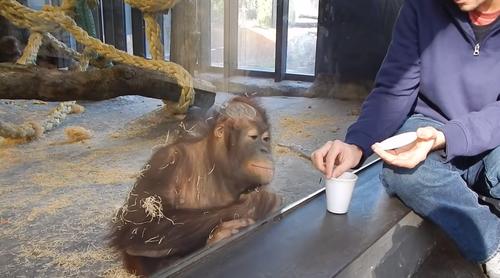 The primate can’t believe his eyes, and then starts laughing uncontrollably! A man and a woman filming everything on camera couldn’t help laughing at that moment either!

According to World WildLife, orangutans living in the wild in Indonesia and Malaysia are the only representatives of humanoid primates in Asia. Unfortunately, these fans of magic tricks are almost extinct today. According to experts, no more than 115 thousand individuals belonging to this species currently live in their natural environment. 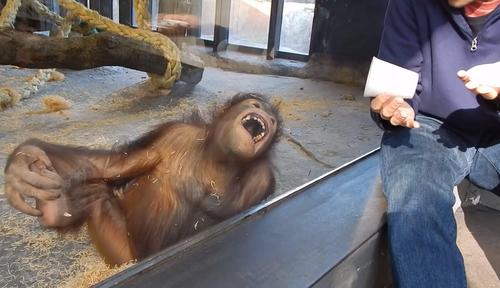 These primates are known for their intelligence, remarkable patience and charming appearance. Apparently, orangutans really like magic tricks. Make your day a little brighter by looking at this monkey who burst out laughing because of the trick with an empty glass.

POSITIVE 0 25 views
Music is a universal language that needs no translation. This is proved by a

POSITIVE 0 47 views
Now among the celebrities who have become famous around the world, there are many

POSITIVE 0 42 views
An elementary school teacher, who is also an artist and an actor, creates very

POSITIVE 0 56 views
Unfortunately, not everyone manages to become parents just when they want to. Situations are

POSITIVE 0 65 views
Bobby and Kenny McCaughey already had one child, but they just needed one more

POSITIVE 0 58 views
Films are not filmed only in pavilions. Often real locations are used as sets: